read.cash is a platform where you could earn money (total earned by users so far: $ 195,815.45). You could get tips for writing articles and comments, which are paid in Bitcoin Cash (BCH) cryptocurrency, which can be spent on the Internet or converted to your local money.

Mathematics is a game that is played according to certain rules.

Written by
Snezana28
Snezana28
322
No bio yet.My name is Snežana. I am from Serbia
4 days ago
In community: Open For All(cc80)

Dear friends, I have always been fascinated by achievements, inventions, wise minds, scientists of the Old Age.The area that is especially interesting to me is mathematics and its connection with science.Mathematics is said to be the main language of science.Science is universal, mathematics is its language. Science does not know a nation, language, culture, race, religion, or any other diversity among people.The connection between mathematics and other sciences has a long history.

In the 1950s, linguist Noam Chomsky used mathematics to "see" invisible, abstract patterns that we recognize as grammatical sentences. Thus, from linguistics, as an underdeveloped branch of anthropology, he made an advanced mathematical science that studies methods and structures important for linguistics.

The mathematics of logical connections has greatly contributed to the design of computers and their programming.

in the nineteenth century, economists Cournot, Jevons, Valrat, and Paret expressed the results of economic research through mathematical models, symbols, relations, and functions.

Mathematical insight into abstract relations has evolved over thousands of years

Manipulation of abstractions is very similar to a game: one starts with some basic rules, and then pulls moves that fit those rules, which includes establishing additional rules and finding new connections among the old rules, all with the goal of perfecting the game.

Abu Abdullah Muhammad ibn Musa al-Khorezmi (born around 780 and died around 850) was a Persian mathematician, astronomer, astrologer and geographer from the 9th century.During the reign of Caliph Mamun, Khorezmi ran the state library, was a member of the Baghdad Academy of Sciences, wrote about mathematics, astronomy and geography and introduced modern numerical notation. He also managed to explain the ancient Indian heritage and ancient Greek scientific results in the field of mathematics. As he continued his research in that field, he grew into one of the most famous representatives of the famous university in Jundishapur. At the request of Caliph Mamun, Khorezmi also prepared a large atlas of the world.

Many consider him the father of algebra. In addition, the term algorithm, which originally described the way of calculating decimal numbers, and was formulated by Khorezm, is taken from the Latin transcription of his name. His most significant work - translated into Latin "Liber algebrae et almucabala" - is one of the most famous books in the history of mathematics in which a completely new and original branch - algebra - was founded. We also owe El Khorezimi the notion of an equation, which was not known to either the Greeks or the Hindus.

It took centuries for Al Khorezmi's explanations to become widely known. Today, however, science and technology, not to mention trade and industry, are inconceivable without his methods and mathematical calculations.

He is a hero and a great man of Arabic mathematics.

I was especially fascinated by the Arabic numerals and the way they are written that we still use today.

Arabic numerals are formed according to the number of angles they contain - 1 has one angle, 2 has two angles, 3 - three angles and so on. The number 0 (zero) is as can be inferred, without angles.

At the end of this story, I will share his understanding of the value of man, which is wise, intelligent, interesting and fascinating.

THE VALUE OF MAN

They say that they asked the father of algebra el Khorezmi - what is a man? He replied:

- but if the value of morality (1) in that man disappears, then only zeros remain, which are worth nothing

Thank you for reading and enjoying the new knowledge. 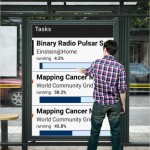 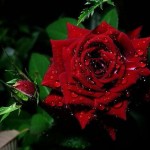 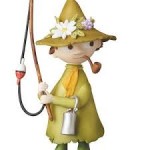 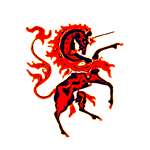 Written by
Snezana28
Snezana28
322
No bio yet.My name is Snežana. I am from Serbia
4 days ago
In community: Open For All(cc80)
Enjoyed this article?  Earn Bitcoin Cash by sharing it! Explain
...and you will also help the author collect more tips.