read.cash is a platform where you could earn money (total earned by users so far: $ 170,702.56). You could get tips for writing articles and comments, which are paid in Bitcoin Cash (BCH) cryptocurrency, which can be spent on the Internet or converted to your local money.

I want to start this story where my son is only two years old. My success even though there are so many barriers for me to achieve it.

First, because I was young and became an early mother. I can no longer continue my education because I focus on being a mother to my child.

And because my whole attention was focused on my son I never thought of studying again. Because I was thinking (no one will take care of my child, and I can no longer afford to go to school full time or formally)

But one day, there are guests who come around our barangay and ask who those who want to study again. I thought about it and asked a guest. If I can still study again even if I already have a child.

The guest replied "yes of course Why not?"

I asked again "but how can I study again, no one will take care of my child?"

The guest replied again “if you really want to study again, you can take / include your child while you are studying.

The guest explained to us what the ALTERNATIVE LEARNING SYSTEM (ALS) is, so that we can fully understand it.

And since I was determined to study again, I decided to include my child in the place where we will study.

We are three. I was with my husband's sister as well as her cousin. We only study three times a week.

And I did include my son in my studies. My son was only two years old at the time. I take him with me and I also bring paper, pencil, and color to suit my child's hobby as I focus on our studies.

Learning again was not easy for me. Because My own husband is holding me back. My husband's reasoning is "why do I have to study, we have a child" How many times have we argued about it. I just told my husband, don't stop me. Instead of stopping me, support me in what I want because it is also for me 'us'.

He remains opposed to what I want to study again. I feel education for him is irrelevant.

But I did not stop and continued it. Until the day of the final examination arrives. I was too nervous and afraid of not being able to pass.

But I was happy because our teacher was also there to encourage us. He gave us chocolate and said “eat it now, it will boost your brain. I believe you can pass the exam because you have dedication. And you really want to graduate. Remember carefully what we have studied and discussed. Goodluck. ”

After our teacher said that I burst into tears. Because he did his support for us students.

After we take the exam.

the exam is over. Hahaha.

A few months passed and the results of those who passed the exam came out. I even rented a computer shop to see if my name was there. And I almost jumped for joy because I saw my name. But I was also sad because two in our batch did not pass. But the three of us were my husband's sister and his cousin passed.

And I immediately announced the good news that I had passed high school on '(ALS)' to my parents. And I was happy because I wore (TOGA) again for the third time since kinder. Haha

My father came to me (he is from Manila.) Just to accompany me. I am proud of myself because I accomplished it and achieved it. My happiness overflowed that day.

I got my diploma,

My inspiration for success is my son. 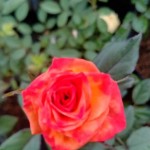 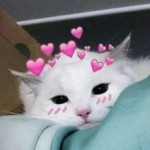 Sponsors of Sarahmay
empty
Become a sponsor
Get sponsored

Written by
Sarahmay
Sarahmay
161
0143 always
2 months ago
In community: Friendship in Bangladesh(60dc)
Enjoyed this article?  Earn Bitcoin Cash by sharing it! Explain
...and you will also help the author collect more tips.

Grow From Within.
Mothers are sweet.
Pre-fogiveness