read.cash is a platform where you could earn money (total earned by users so far: $ 170,741.04). You could get tips for writing articles and comments, which are paid in Bitcoin Cash (BCH) cryptocurrency, which can be spent on the Internet or converted to your local money.

I've made up my mind, I'm sticking with BCH!

Written by
PersieKing
PersieKing
39
Check yourself deep down, there's always a warrior within..
1 week ago
In community: Bitcoin Cash(e11c)

Bitcoin Cash is great and unbeleiveable. I don't know if I'm the only one seeing the beautiful possible side of what might become of BCH in the next very few years to come.

If you ask me, I'll confidently tell you that in some years to come, Bitcoin Cash will receive more awareness globally to an unbelievable level. I see BCH receiving welcoming hands even in the retail market as much as BTC and ETH or more if my prediction is right.

You want to know why? Ok I'll tell you why but first, listen to this very short story of mine.

I entered the world of Crypto precisely on the 14th of April of this year. I've known about the likes of BTC, BCH and ETH way before I even know what blockchain is all about and I think that's normal for everybody. The name of these three currencies (especially BTC) have been in existence for a long time now. They're quickly accept in some regions and in some where it's not even accepted, used for a lot of shady and scam business so I'm sure you understand why they're popular even before most people know what it's all about.

So I found myself indirectly in the Crypto world through some read and earn platforms and I'm sure that's how most people entered the blockchain world (especially those that joined in 2020). Well unlike read cash, most of these other platforms are not so rewarding no matter how much beautiful stuffs you write for a day, that's why I'm giving it up to read.cash.

So it was a little bit of difficult experience but we survived. What made it more difficult is doing a lot of stuffs to earn yourself some little tokens and at the end of the day, transaction fees would finish you off. Some weeks ago there was an airdrop done by the famous exchange called Uniswap where everyone that performed transaction before July were rewarded with 400 UNI equivalent to $900-1000. I've known about Uni before then and I almost performed a transaction there sometime around May this year but the fee sent me back the first time I tried to exchange my token for ETH so because of that, I always sell my tokens to my friends hand to hand. Which means the transaction fee was the main reason I missed the chance of getting myself the airdrop.

I know it sounds somehow to learn how I got to miss this airdrop, but that time I was new to the Crypto/write-and-earn world so I always see paying such high fee as being cheated on when I could get more if I sell to my friends. And also, it's during the time the lockdown was so fresh and biting, and you would understand if I told you things were so insane that time.

Ok, the whole story changed when a friend talked about read.cash. At first, the name alone doesn't convince me and I even needed to ask my friend, "do you earn by reading news?" Funny right?. But as the hustler that I am (lol), I decided to check it out. Ok at first I actually don't understand anything about the site and it wasn't that attracting to me. All I know is I saw a lot of beautiful posts which more than half of it was talking about BCH. I ask myself, why is most posts is talking about this currency. The thing is, I know about BCH even before ETH but since I've seen nothing to join me with it, I just stick to ETH that I'm used to and with the normal fees and stuffs (I don't have option! Or so I thought).

So to cut the long story short, I made a single post, comment on some random posts, subscribed to some people, join some communities (just the normal stuffs) and left. After a week I came back to see a dollar in my account and I was like "hmm". I was having a doubt if it's actually that simple so I decided to perform a trick after I learned from my friend that you can actually send as low as $0.5. So, I sent the $1 to a BCH account I opened. I did that with a very little belief and I was like "it's one dollar, it's probably not going to go or reach there as $0.5".

I went to check out the wallet I sent it to and lo and behold, I met the $1 untouched. "That's unusual", I said to myself judging with the experience I had with other platforms I've earned from. They would charge you some % for sending your token out. That was the first thing that amazed me, way before I even get to know about the very very low transaction fee of BCH network.

Due to this reason I decided to dedicate some few times to ReadCash. Though it wasn't that easy to earn at first especially before the random rewarder technology sets in, just the first experience was enough to convince me.

So after a week or more, I made some few bucks and send it again. Within a minute I met it there also. So what made me more convinced is when I sent $10 from my wallet to an exchange and the transaction appears to be almost feeless. It was the most beautiful experience I had that month. I mean after going through a lot of troubles when performing transactions in the Crypto world, detecting that there's actually a cyrpto network that charges so extremely low fee for transaction in this current Crypto world of hyped fees is actually something if you'd agree with me.

So ever since then there's been something with me and BCH. Whenever I'm to be rewarded maybe after qualifying for a reward or something, I always surprise my guys when they see me requested to be rewarded in BCH (lol).

The truth is, unlike other Cryptos, BCH is that you would described as a network that puts into account the Big men and of course the small men in the world of Crypto. Understanding that there are certainly a lot of folks out there willing to do a lot in the Crypto world but Oppression is everywhere. You would only boast of having one BTC if you're financially stable in the world of Crypto but BCH provides a beautiful alternative.

- Thirdly and the most beautiful reason to accept BCH with open hand is, you won't even detect whether you're charged for transaction or not.

So this experience is enough to convince me about BCH. I believe you will need no one to convince you to stick to the BCH network after experiencing how easy, fast, and cheap it's transaction is. All it needs now is a little bit of awareness in the word of Crypto, which I'm so sure it'll get in no time.

So it'll be so funny to have such a token that offers more and you still choose to suffer more in the hands of the hyped names only.

You know what I think?, In few years to come, BCH will do better best. 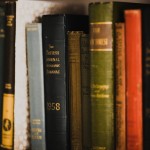 Written by
PersieKing
PersieKing
39
Check yourself deep down, there's always a warrior within..
1 week ago
In community: Bitcoin Cash(e11c)
Enjoyed this article?  Earn Bitcoin Cash by sharing it! Explain
...and you will also help the author collect more tips.

For the Bettors: Few markets you can bet on in the UCL and Europa League matches this week
Snail
Manchester United with an unbelievable come back