read.cash is a platform where you could earn money (total earned by users so far: $ 195,827.39). You could get tips for writing articles and comments, which are paid in Bitcoin Cash (BCH) cryptocurrency, which can be spent on the Internet or converted to your local money.

I loved watching Korean dramas because it's the source of my excitement and let's face it, they are thrilled. There was a time in 2016, when almost everyone was famous, I could remember nothing. I look a bit healthier because sometimes there is no stand and I forget to eat on time.

This year, I only saw you crash landing new people, as I saw it trending on Netflix. I have a subscription to Netflix, but guys, even though I've only repeated it 20 times, have actually watched it there. Sometimes when I'm on the side I should see something or listen to it and laugh. I just smile at my inspiration in life.

When the lockdown started in the Philippines, I had extra time because there was no gala. If you wait for a new episode every week, the ending, especially the ending, won't end and you won't feel like starting the show.

I was weird so I saw one of my favorites, My Love from the Star. This is, in fact, the only Kadrama that gave me uplifting in 2014 (when I was still in the quarter life crisis). It's fun, thrilling and fun. Temporarily, I lost sadness with a never-ending lockdown. Then the fun, excitement, and laughter were so temporary that I lost the urge to see it again.

I once saw a clip of a friend and asked him what he was looking at. He said this BL series "together 2" will end. I did the research and saw the first 3 episodes. I was not distracted because I was away.

Then when the storm crashed and the power went off, nothing, I finished it! For those who don’t know, BL means “Boys Love,” in short, the two men are the main characters. This is usually not watched and I'm sure people who smoke will shout these shows.

I really enjoyed the show and the tremors. From my big fans, I ordered "Their Merch". When I saw this, it was not strange to love two people, regardless of sex, race or status ... don't judge them as long as they are unjust. The girls are watching BL - they are hilarious.In other words, they appreciate the love given and received by the characters - it is the same love.

I know there is nothing wrong with me when I say that I am attracted to both men and women. It does not make me less of a person. I am still the person you met and I will not change my appearance. If someone likes me, I have no problem with that. I also want to keep my family. But whether you have it or not, that's fine. When I was younger, I understood this. I do not know how I am going to fight and what will happen if I fight? We are just poor.

Our paths have not crossed and I have completely forgotten everything now. I can say that I am not the "default woman" that causes everyone to expect these events.

I got allergic to the other boys in the school because the trauma was minimal and most importantly I was provoked to act slowly.

Somebody hit me, someone threw a plastic guy into the ground, and I too shot a gun - but I didn't fight back. I just thought, "I'm going to crush you." I wish I had said this before and for drama, but it did not.

I don't blame them because they don't know what I went through during those times. I just adjusted my life and swore to myself that I would not tolerate those who tortured me and hurt me. I just changed the experiences of the past into something better - a better version of myself. Trust me when I say this, I love myself and I don't want to change anything. I cannot live in this world for the expectations of others.

Same love. People forget that "God loves all his children" when they see something unusual to others, or something that also violates artificial law. I am a Catholic.

I know what is right and what is wrong, but I am not closed to what the church people say. They do not understand the love of God that each of us has experienced (or experienced). Because it's a personal experience. God takes me where I am and I am the one who says God is me. It is that others, especially those with a closed heart and self-justice, do not understand that the word is sacred, but do not act. Most of us, not me, prefer to be perfect over humans.

I support everyone in their decisions, actions and the way they express their love to others, as long as God's love is in them. I am not a fan of violence, so if there are people fighting for their rights, there is a better way to do it. Violence is not the answer, love is the answer. Only love can change people. "Don't provoke others, because their aim is to deliberately cause the worst in you. Stand up, but instead of fighting, make sure this brings out the best in you".

Show the world that you won't be one of them, even if they completely overwhelm you or destroy your reputation. There are people who love you for who you are. If not, it is important to know and love yourself. The song says, "Whatever God you believe in, we come from the same ... And underneath all that, it's the same love", It's called. If they are loved, so are you. 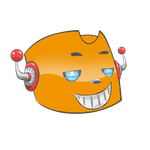 Sponsors of OfficialGamboaLikeUs
empty
empty
Become a sponsor
Get sponsored

Written by
OfficialGamboaLike...
OfficialGamboaLikeUs
40
Wisdom blogs from the buttom of my heart
3 days ago
In community: World Today(70ff)
Topics: World, People, Facts, Inspiration, Success
Enjoyed this article?  Earn Bitcoin Cash by sharing it! Explain
...and you will also help the author collect more tips.

Taal Volcano Eruption by OfficialGamboaLikeUs
A life lesson that everyone must read.
How to choose a research title for thesis