Written by
Nameless
Nameless
26
I am a Scientist and a futurist,and also a lover of Artificial intelligence
1 week ago
In community: Share Your Thoughts (SYT)(a50c)

Many of us here as always wished we could travel to the past to change some event, some of us wish we could go to the future and check the outcome of our tommorow. It seems impossible in normal sense, but worry not.

In the realm of physics, time travel seems possible. Time as we all know is one of the most important aspect of our daily life, wages are paid base on time, we use time to measure event that occurs each day in our life.

Albert Einstein one of the father of modern science, came to realise that time was not really absolute fixed as Isaac newton might have thought, time is a relative property that depend on how two bodies relate with each other.

Einstein further discovered in his theory of relativity that time was really another dimension, not an entity on his on and he called it space-time continum, he also discovered that Time can speed up, and time can also slow down. The motion of time was like a river flow.

Well below are some time travel method which are theoritically possible in modern day physics;

Yes in my last Article I explained what blackhole is, For those who might have missed it. A blackhole is simply a region of space-time continum where the gravitational pull is so strong that not even light can escape. When Einstein wrote his theory of relativity, he realised that gravitational force does not only have effect on Mass, it can also slow down time.

Theoretically speaking blackhole can be use as a time travel machine. But these method seems very dangerous since blackhole are know to swallow up planets and stars that move to close.

How to use blackhole as a time machine;

A Scientist predicted that if a Machine is created that can travel in that it can orbit a blackhole just like the planets orbit the sun's and stars. Then if these spaceship is fired from earth with some crew members in it. And let say they orbit the blackhole for like 10yrs in real time. If they should returned back to earth 50yrs might have passed by on planet earth, these simply means that they have travel 40yrs into the future. Well to build such a spaceship seems possible in the theoritical realm of science. But in the real life we all know nobody would want to risk going close to a blackhole. Who knows maybe one day we may use these method to eventually become time travellers.

2. Machine that Move at the speed of light;

If you are not a physicist or Scientist, well in Science it is believed and all experiment has proven that nothing move faster than the speed of light. That is the speed of light is the cosmic speed limit of everything in our universe. These was predicted by Einstein theory of relativity and has been proven experimentally In many cases.

It is also know that at the speed of light, the movement of time is zero, that is at Cosmic speed limit time stops moving.

How to use a machine that Move at the speed of light for time travel;

To do dis A spaceship or a train can be designed to travel at the speed of light with a one way ticket to the future. Since the train will be moving at the speed at the speeds of light, it is theoritically believed that for every passengers inside the train m,the movement of time will be absolutely zero. But for those outside the train, the movement of time will be normal. So speaking if the train should travel for 1month, 10yrs might have pass for those outside of the moving train, these means that we have travel 10yrs into future.

Well even the fastest know man made rocket can only move at 2000miles/s. So for us to power such a machine you will need all the energy on earth. Well as time goes on I will explaining why these method despite simple remain very dangerous due to some prediction of theory of relativity.

I know some of us might be seeing this for the first time, well A wormhole also know as the rosen-einstien bridge is a shortcut through space -time fabric, these holes are believed to be able to connect two places together. For example it is believed that there are millions of wormhole connecting many places together, but these hole are very small that we can even notice them with our most powerful electron microscope.

For example if a wormhole existed that connected ; united state to united kingdom, and you decided to travel through that wormhole, the laws of physics tells us that it will only take you Minutes to arrive at destination.

Since time is believed to also be another dimension just like our Normal space. Scientist believe that A wormhole might exist that connects The present moment to the past or future. If you can get your hands on a wormhole that connects two region in space-time continum, you might walk through it and see yourself in either the future or if u are unlucky you might virtual meet yourself in the past.

Traveling through time is like Trying to do the impossible, and we all know that when you try to break the rules thier are always consequences involved.

When ever somebody tells you that you can't change the past or the future, tell him or all the laws of physics speaks about the possibility of time travel. One day we may all become virtually time travellers.

Well in my next Article , I will be talking about the consequences of time travel.

Thank you for reading!! 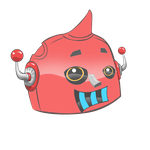 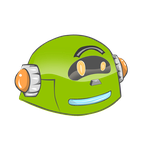 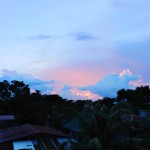 Written by
Nameless
Nameless
26
I am a Scientist and a futurist,and also a lover of Artificial intelligence
1 week ago
In community: Share Your Thoughts (SYT)(a50c)
Enjoyed this article?  Earn Bitcoin Cash by sharing it! Explain
...and you will also help the author collect more tips.