Regarding the training of children

Lying with children is so common in our country that it is not considered a lie. If I were to write all the examples, the article would end there, but it is necessary to mention something to explain the matter.

In order to put the children to sleep * We should sit / lie down with him and recite the verses and verses of Al-Kursi on him and tell him that now you can sleep comfortably, angels will protect you all night, but it happens that Intimidating acts begin that my membrane will come, the cat will come. One lied, then the child was scared, the third put an anonymous fear in his heart that now when he sees a very old woman or a cat, he gets upset and starts hiding.

Going to the market or any * place where the child is not going with him, telling him that he is going to be vaccinated, or going to the doctor. The other big disadvantage with lying is that the doctor The strong fear of God settles in the heart of the child.

Close your fist to call you and tell the little ones to look, I have a toffee. Or come to me, then I will bring you something that is never delivered.

When young children refuse to eat, show them something they like, such as chips, etc., but to put food in their mouths instead of chips. That is, by showing something else and feeding something else by deception. In Pakistan, we visited someone. Seeing Coke, three-year-old Ahmed also ordered. After mixing a little coke and the rest of the water in the glass, when I started grabbing Ahmed, the hosts started asking in a surprised tone, "Did you mix water in front of him?" We mix secretly.

Snatch something from the hands of children and quickly hide it somewhere * and say that the bird has taken it. If the child is not returning the item despite your explanation and you have to take it by force, tell him that son, it will break / you will get hurt so Mama cannot give it to you. Talk about rubbing salt in my wounds - d'oh! Why lie ?!

To stop the child from lying, we lie ourselves that the tongue will turn black *. Why don't we tell the little boy that telling the truth is very pleasing to Allah Almighty. You tell the truth, I will not tell you anything. The main reason behind lying is that you will be reprimanded. So make it a rule not to scold the child for telling the truth. Explain gently and also tell that you have told the truth so I will not say anything to you.

Also false sentences and false rewards !! Stop crying I'll bring you a whole box of chocolates, or I'll give you the car or doll I saw in the market that day ... And punishments that are not possible like never taking you with you in the future, I will keep you locked in a room all day ... See for yourself whether the punishment or reward you promise your child is fulfilled or goes out of your mouth in "excitement".

It is very common here to call young children 'dirty children'. Why don't we pamper the children and say 'My dear son, my good son'. More than that, using the word devil for children. Satan is rejected, far from the mercy of Allah, so do not say that the child is doing devils, he is very devil. Say naughty instead.

This naming process continues even when the children are a little older. And in the presence of children, these names and strengths / weaknesses are mentioned in front of everyone. Parents' opinions, good or bad *, when children listen again and again * * Somewhere or other to adapt to the same opinion. Research shows that whatever we put in our minds, we are * acting * accordingly. 'Be absolutely stupid, you can never do anything right', 'Look at your sister how fast, you are so lazy that there is no point in saying work. My son doesn't like reading Urdu at all, our daughter is absolutely 'Mai Manda', younger son doesn't like to talk to anyone. When all these things are repeated in front of the children, what used to be just a tendency in their nature, now becomes a firm habit. Try to highlight the child's strengths.

Every child is unique. It has its own mood, its own tendencies, its own likes and dislikes, its own pace of learning / doing things. It is quite possible that one child is social while the other is quiet, one is neat and organized while the other is capricious, one likes meth and the other is known, one is interested in drawing while the other is difficult to draw a straight line. Seemed. In that case, accept each child with his or her unique abilities. Do not create an atmosphere of rivalry and jealousy between siblings by making repeated comparisons. 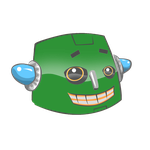 Written by
Mohsinilyas
Mohsinilyas
74
No bio yet...
1 month ago
In community: Filipino Readers(42bb)
Enjoyed this article?  Earn Bitcoin Cash by sharing it! Explain
...and you will also help the author collect more tips.

Here and There
You (A Short poetry)
Protect Yourself From Stress