read.cash is a platform where you could earn money (total earned by users so far: $ 197,435.95). You could get tips for writing articles and comments, which are paid in Bitcoin Cash (BCH) cryptocurrency, which can be spent on the Internet or converted to your local money.

Written by
Messier87
Messier87
10
m
Working Towards Digital Sustainability in and around the Blockchain Space.
1 year ago
In community: Bitcoin Cash(e11c)

I have been around some Blockchain-based blogging platforms for some time now. As more new forms of these types of platforms are launched, the space becomes more competitive. Competition leads to innovation and progression so exploring what a new platform has to offer compared to the others can give a good idea on how to stay competitive.

I've only been blogging on this platform for a week now so I have been exploring it and found a few things I appreciate about it.

While most blockchain-based blogging platforms have their native coin they use to reward their users, Read.Cash was built around an established coin that at the time of this writing is ranked #4 by market cap.

Despite Bitcoin Cash launching later and from a hard fork, it has been having steady growth and is well distributed. Many merchants now accept BCH and that makes it easy for those that earned rewards on Read.Cash to use it to pay for goods and services and not have to go through an exchange as you would with rewards from other platforms.

If you been on other blockchain-based blogging platforms and earned rewards from them, most of them have waiting periods that can range from days, weeks, to years to send your earnings. While many of those waiting periods are for safety reasons, there are times when users may need the funds right away and don't have days, weeks, or years to wait for it.

Sending funds on Read.Cash can happen as soon as you are tipped. It is such a convenience to have and something that could attract more users to the platform. To be able to send funds instantly allows for users to have a better experience and more control of their rewards. It is recommended not to keep more than $5-$10 in your online wallet on the platform. There have been times where I needed some funds right away and despite having it, I had to wait weeks to send all of my funds from these other patforms. I know when it comes to crypto, many would rather hold than spend the coins they have. At the same time, it's meant to be used as a form of currency and if no one is using it, then there isn't much value.

There will be those that disagree with how the system works here but I think the team has done a terrific job so far with how things are set up here.

With many blockchain-based blogging platforms, the idea is to incentivize people to use the platform. Since it's built with blockchain, the incentive is the rewards of crypto-currencies to bloggers and on some platforms the readers too. A lot of the other platforms will have a set "reward pool" that the funds come from when users vote or like a blog post. However, Read.Cash doesn't have a reward pool and I think that is one of many important things that sets this platform apart from the rest.

This is where my appreciation set in as I realized in order to earn rewards on blog posts here, the voter needs to tip out of their own wallet while other platforms tip from their reward pool. This makes Read.Cash more of a community-built platform where the community can have more control of the content that ends up on the front page. It's not dictated by a select few who have control of a reward pool.

Since tips come directly from another user's wallet, this makes my appreciation for the tips even more since the person tipping did not have to tip at all. Because of my understanding of this, my efforts on blogging quality content is very high. It may not be to some but I do put in some effort on my blog posts.

So thank you to those that have been showing support in the short time I have been on this platform. I appreciate those that take the time to read my content and tip what they feel I deserve or what they can afford to tip. I hope to continue to provide content that the community here sees worthy of having here.

Compared to other established platforms, Read.Cash launched back in October 2019 so it has only been around for a few months. The UI is simple, clean, and works. I would imagine the team spent some time on building test versions before launching but the overall functionality of the platform has been great for me so far. I know from the roadmap there are bugs to be fixed and features to be added but for only being up for a few months and me being on other platforms, I am impressed.

I look forward to the upcoming features and hope to contribute to the growth of this platform in some form or another. All I can say for now is thank you again and I appreciate the Read.Cash platform and community. 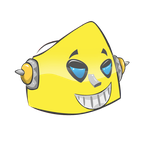 Written by
Messier87
Messier87
10
m
Working Towards Digital Sustainability in and around the Blockchain Space.
1 year ago
In community: Bitcoin Cash(e11c)
Enjoyed this article?  Earn Bitcoin Cash by sharing it! Explain
...and you will also help the author collect more tips.