Why Bitcoin Cash IS the REAL Bitcoin

Is it just me or does it really f**king annoy you when you see a comment on r/cryptocurrency or "crypto twitter" by some Litecoin fanboy or whatever decry that BCH is a scam.

I know being angry at the ignorant won't solve anything but if these people would just do an hour of independent research they would start to question the narrative that has been fed to them through censorship and media darlings in the Bitcoin space.

I think pretty much everyone has been accused of being Satoshi Nakamoto at one point, we will probably never know for definite (however I can tell you who it definitely isn't and that's that FRAUD Craig Wright)

My suspicions are that it was Hal Finney (RIP) but I will probably never have my suspicions confirmed.

What we do know is that Satoshi handed the project over to Gavin Andresen. Although, not perfect without Gavin Andresen it is doubtful Bitcoin would have ever got to the position it is currently in as he brought in and organised a bunch of developers to help Bitcoin go to the next level.

All wasn't rosy however and Gavin Andresen started butting heads with some of the developers, as he knew Bitcoin would have to increase the block size if it was ever to scale and have any chance of achieving it's goal of being a peer to peer electronic cash system! Not digital gold or whatever it is the Winkelvoss Twins have paid and encouraged people to call it.

This led to Andresen being chased out of the project that he and Hal Finney had worked on together in the beginning.

Bitcoin was to be the most disruptive technology the planet had ever seen and start to swallow up the printed fiat currencies around the World. This is literally impossible with a 1MB block size.

Creating that problem allows a good business to be built around it however and alas, the Bitcoin core developers aka Blockstream launched their Lightning Network business.

It is now 2020 and the Lightning Network is still a shambles and is hardly going to be user friendly thus propelling Bitcoin to becoming a global peer to peer currency.

There are numerous Bitcoin OGs that backed the best economic solution at the time of the fork but here's a few that I wanted to mention that I see get disrespectful abuse online, and whether you agree with them or not they done more for Bitcoin adoption than 99% of people!

Store of Value versus Medium of Exchange

One point that shows the economic illiteracy of core supporters is how they claim Bitcoin is a store of value.

I think Core supporters should log off r/bitcoin and go and read some Ludwig Von Mises and some basic economics books.

The good news is me and you right now have the potential to roll back the years and collect our Bitcoin for much cheaper than it currently should be.

My approach is paying myself first every month, with half sent to my bitcoin.com wallet for transacting and half into cold storage for saving for the potential opportunities that come in this space.

Make no mistake owning 1 Bitcoin will be a big deal, and by 1 Bitcoin I mean the REAL Bitcoin, the one attempting to become THE global World Currency.

Right now, BCH is priced at $490, BCH could easily 1000x from this point. Sounds crazy but do as Rick Falkvinge done and work back.

Core supporters think the market has decided, my friends the market isn't even aware. How many people in the World know about Bitcoin, let alone have any of their wealth in it?

By building infrastructure and focusing on adoption BCH will overtake BTC and I don't know when this will happen but when it does it is going to be quick. BCH has a lot more support than hashpower suggests and when the stars align the flippening or cashening will happen.

We can't rest on our laurels and expect other people to do the work for us however, we all have a duty to waken up our family and friends to what is happening. We are literally laying the tools for the biggest transfer of wealth this planet has ever seen to happen.

Make sure you are on the right side of it.

Sponsors of ManLikeAJ
empty
Become a sponsor
Get sponsored 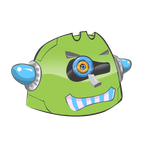 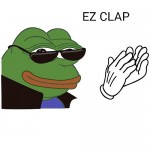 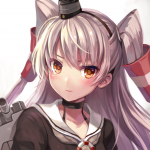 The 21 Million Club
Why Crypto Diversification Isn't For Me - BCH Only Pls
Earn Interest on Your Bitcoin - Compound Your Crypto!
About us Rules What is Bitcoin Cash? Roadmap Affiliate program Get sponsored Self-host
hello@read.cash (PGP key) Reddit