read.cash is a platform where you could earn money (total earned by users so far: $ 195,571.02). You could get tips for writing articles and comments, which are paid in Bitcoin Cash (BCH) cryptocurrency, which can be spent on the Internet or converted to your local money.

Over the sleeping town of Riyadh the moon rose, lighting up the empty streets like a bright white bulb, like an awakening call to the rulers of the night, bringing with it the greed of power and recognition and the ultimate secrecy of royalty; the lost Prince and son of King Faad, the outcast brother to King Jaan and the man for whom these gatherings has been of top priority for the past years. Aazim. Prince Aazim.

His place was at the head of the table and seated around were his faithful followers, his powerful men of loyalty who wouldn't hesitate to kill for his cause, and that was what they were to do - kill. Jaan had been King for way too long and Aazim was in no mood to play faithful, he had wasted his youthful life within the confines of this fine hidden palace, addressed only as Prince by the people who knew of his connection to the throne, to the outside world, he was just another wealthy man who lived extravagantly. He had had enough.

The meeting room under the palace was off limits to every other person except these men here now, over the years they had conveyed and discussed and plotted and now, the perfect opportunity show cased itself in the disguise of the princess's marriage. Mariam was set to marry the sheik's son, Omar. The distraction would be the perfect bait. Aazim looked round at the men as each one offered a different opinion, some he took into consideration, some he ignored.

"...we have enough men now to overwhelm the palace guards, we can attack without waiting for the marriage as a distraction."

"The marriage is set to happen in four days, we already have some people place strategically within the palace itself, Jaan isn't all carried away. We will wait."

"Yes, it has taken us years, just a few more days won't matter now that it is within our reach, we do not want anything that would jeopardise this now that we are so close."

"Are they in consent with the marriage?"

"Do they have to be? It is an arranged marriage, their permission isn't needed. They are not some random Arabian, these are people with power."

"I agree with you, and power is selective, given to those who earn it."

"Or fight for it! Glory to King Aazim! "

Aazim leaned his fore arm on the table and scanned the people seated round, they looked at him with admiration and he looked at them with respect, his eyes went round before settling on one man, the one person on whom the majority of the success of this attack rested, he waited for the discussion to die down then he asked,

"Are the preparations according to plan?"

"Yes Prince Aazim, anything that could cause a hindrance has been taken care of, be rest assured."

Aazim smiled and reclined on the chair. "Then your son shall go ahead with the marriage to my dear niece."

Khalid beamed, things were falling in place piece by piece and he was in a win-win situation; if the attack was successful, he would be placed in a higher seat of authority, if it wasn't successful, he would still be related to the King, earning him more power. He laughed with the men around the table, there was absolutely no way he could lose, they rose their glasses to toast and continued discussing the plot.

Mariam returned to the palace with Saadiya and Parvina from their shopping trip which had taken most of the day, she collapsed exhausted on the bed after ripping the abaaya from her body, the weather was hot and she imagined herself submerged under the cool waters of the pool of Al Lith. Sometimes she hated being royalty because it limited her, there were things she couldn't do and places she couldn't go, and places she was allowed to go, she didn't go alone, Saadiya and Parvina were her only true friends and she wondered how things would be between them after she had gotten married.

"Saadiya? We would still be friends right? And Parvina?" She asked.

"Yes of course, what made you ask?"

She sat up. "I'm getting married soon, we would have time for each other won't we?"

"Oh, I don't know about Saadiya, but I'll visit you everyday! To see you."

"If he wants a second wife, I'm here for you Mariam."

"What? We could still be Friends..." She laughed hard and held her stomach, Saadiya slapped her lightly in the head and all three girls laughed.

And so... @Ozzyy and @Hanzell this is how I introduce the fight scene....it will take a while though 😏😁😂 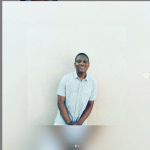