read.cash is a platform where you could earn money (total earned by users so far: $ 199,753.47). You could get tips for writing articles and comments, which are paid in Bitcoin Cash (BCH) cryptocurrency, which can be spent on the Internet or converted to your local money.

Khalid was a man of calm nature, and being the sheik wasn't a position for the weak. He wasn't weak, he was like the calm just before the storm, he was strict and he was brutal but he believed in tampering justice with mercy until mercy was exhausted, and his mercies didn't usually last long. His mercy towards the simple American was wearing thin, and at some point he began to wonder if he was softening up.

Standing outside his room, he let his eyes follow Omar as he walked out of the room where the American was, carrying with him a food tray, this would turn out to be a problem in the future of he allowed this behavior to continue, he had to seperate them, move her away to a place where Omar wouldn't know of, at least not until the marriage between him and Mariam had taken place. He signaled to the nearest guard to come into his room, closing the doors behind.

Megan leaned against the window, letting the cool evening breeze come straight to her face and flow through her hair, she exhaled and smiled, relishing the moments Omar had spent with her. She looked beyond the courtyard and allowed her mind drift back, back to when they were in America, to the first time they had met in New Orleans. She had come to the mall alone and wishing to actually be alone, just browsing through and window shopping, she had cried in the restroom numerous times that day having been dumped earlier that morning by her boyfriend after just seven months of dating, she thought their relationship wouldn't end.

Now standing in this wide space in the large mall holding on to her camera, she felt a sting in her eyes and her heart ached once more. She stood, lost in hurtful memories until a white material came into view, someone was offering her a hanky, she blinked and looked up at the person, he smiled a kind of pity smile in a way that showed concern and it consoled her somehow, his soft eyes held such calm emotions and she managed to smile back a little. She reached for the hanky, trying to suppress a sniff, her fingers slightly brushing his and she bowed just slightly in appreciation before turning round and walking swiftly to the nearest restroom.

They had "bumped" into each other on seperate occasions, and she smiled at the way Omar had easily eased her heart and eventually won her over. She sighed deeply and closed her eyes, the cool breeze washed over her penetrating even into her soul and she felt at peace for now.

Samir stepped out of the car along side his brother, they had come to the sheik's place for important business, a business he had given all his heart to. He didn't smile when he exchanged pleasantries with the sheik who was just stepping out as they came in. He let his eyes wander round the premises, he had been here countless times on business related issues but never before had he seen her here. He looked up to the window of the third floor, where a girl leaned out of, enjoying the breeze and obviously lost in thoughts. She was American, he knew. Megan.

"She's a guest here." The sheik said when he noticed Sam staring at Megan who hadn't noticed them yet. "Come, let's go inside." He ushered them in.

As Sam walked in, he made a mental note to come here more often now that he knew she was here, he wondered for how long she had been here and how she had become a guest at the sheik's home. He had broken up with her in America to come here on his father's orders, he was a dying man so Sam had to fulfil his rights as the first son and he had to take over the business after his father died. Now seeing her, a fire rekindled in his heart warming him up, it felt good, he bubbled. He would get her back.

She wondered if she was falling for him already as she walked down the halls heading to the back garden, she had met him just once and honestly she wanted to meet him again. She felt stupid when she thought of what Saadiya had said to her about falling for him in a glance. She blushed heavily.

"You know, you should be lucky, you get to marry a young man," she had said, "Madeeha was given to an really old man you know? I do feel for her. You'll fall for Omar in a glance," she smiled. "It'll be soon."

She heard voices coming from the last room in the hallway and wondered if father had a guest but then none of that was actually her concern, she would have just walked past the door minding her business but it opened when she was a little distance away and Omar walked out. She froze on seeing him, he smiled and bowed slightly, she responded the same way in greeting, lowering her eyes. She couldn't help the smile that came to her lips, grateful that he couldn't see it because of the cloth that covered the lower part of her face.

Out of curiosity, she asked, "You came?"

"Hmmm." He nodded. "Business matters, I'll take my leave now, it was lovely seeing you again princess." He spoke without emotions as he was slightly upset which made Mariam wonder what they had discussed. Had he come here to speak of his lack of interest for the marriage? No, she doubted that, if that was what he came here for, he wouldn't have come alone. Or maybe...?

Mariam turned, heading back to her room, the thrill of going to the garden having vanished. She was happy that she had seen Omar, and she wished to see more of him. Six days now till the marriage.

@Ozzyy and @Hanzell another character to double the fun!! Haha, can't wait for a showdown 😁😋🤸‍♀️ 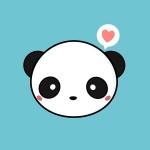