I have written this article as a direct response to the video “Bitcoin: Emergent Consensus” by Vin Armani. I would like to preface this by saying that I have the utmost of respect for Armani and my choice to respond to this video should be seen as a compliment to his work, considering that I view his work as the best expression of this governance philosophy. I consider this to be important due to the role I think this governance philosophy has played in the current IFP debate.

What I think Armani is saying in this video is that we cannot plan out the governance, economics & evolution of the protocol using “old-school politics” because Bitcoin is governed through emergent consensus, this is the distinction I think he has also created between “planned change” and “emergent change”. However, the part that I think he is missing is that this emergent consensus/governance only emerges effectively with thousands of different parties coming together with their own individual plans, which only then collectively forms an emergent consensus.

This idea that we do not need to have good political plans or even plan for change at all because Bitcoin governance is emergent is highly flawed, especially for anyone that is in a leadership position, since practically speaking this thinking can lead to leaders supporting bad plans in part due to them being able to mentally escape the responsibility of their decision.

All change over Bitcoin is still planned by human beings, I do not think we can escape from that fact, by distancing ourselves from planned change, Armani is disarming this community from conscious, well thought out and deliberate action.

As Armani states; “rules are enforced over the Bitcoin network” which to me very much implies that if we want to succeed in part by keeping unity intact we have to be especially careful and sensitive of this reality, since it does carry with it certain ethical responsibilities due to the fact of this enforcement. Making plans that ignore these ethics are guaranteed to cause a huge backlash, disrupting Bitcoin politics reducing its competitiveness in the greater cryptocurrency market. All participants should rationally measure up the risk and reward for splitting the chain, instead of dogmatically accepting any outcome when in reality the success of Bitcoin does depend on the quality of our collective and by extension individual plans.

As we have also previously discussed, the difference between prescription & description is critical in our disagreement. What I am arguing is that the prescription directly influences the description. Therefore if our leaders fail politically and diplomatically by supporting badly planned change it can have severely negative effects on the Bitcoin ecosystem.

Elevating our “description” by claiming it is “prescription” and therefore somehow “preordained” also reduces our capacity for critical thinking.

I think this governance philosophy is partially to blame for the current situation we are in now since it allows some participants to escape the responsibility of their decisions when in reality each individual should and does plan for themselves, which has a direct and material effect on the governance of the protocol, while still acknowledging that ultimately the end result is still a product of emergent consensus.

The quality of that emergent consensus is directly effected by the prominent “description” of the time, by dismissing the importance of planned change and “description” Armani is worsening the capability of this community to make more well thought out plans while carefully avoiding contention.

Contrary to the assertion made by Armani, the longest chain is not necessarily the “correct” chain as the BCH split has already demonstrated, to surrender our own decision making and planning to this governance mechanism is not consistent with the governance philosophy of Armani himself as his current support of BCH demonstrates today. This highlights the effect of individuals making their own decisions regardless of the longest chain, this mechanism actually depends on our better judgment to support the minority chain in some cases as a check against miner and implementation power.

Armani also compares Bitcoin governance to biological evolution, which is a great analogy. However we have to keep in mind that the selection pressure in Bitcoin stems from people who most often operate based on subjective value judgments, this is not the same as a selection pressure which occurs from nature, which is truly and fully emergent, assuming an atheist, agnostic or deist metaphysics. Bitcoin governance and evolution on the other hand are ultimately still emergent but selection pressures are “non-natural” and are therefore not purely emergent due to it being directly effected by our subjective value systems and beliefs, which absolutely does change with the times while also being highly dependent on “old-school human politics”. This is why we cannot rely on “description” alone without sufficient “prescription”. This is why individuals and organizations should still actively plan for the future of Bitcoin while navigating the political landscape with sensitivity.

Nakamoto Consensus is not a blanket justification for all action, if it where a lead developer could also push through changes increasing the twenty one million supply limit. A lead developer certainly could do this but the amount of disruption and damage this would cause even if his proposal is rejected should objectively be seen as an example of bad leadership since it ignores the practical reality of human politics and what is required in order for a community to stay unified. Such action should be considered destructive, irresponsible and short sighted. The current IFP proposal is not that different in terms of its contentiousness regardless of its content.

My hope is that this perspective will give ABC some pause for thought and give them another chance to withdraw their IFP proposal which is currently the only way to avoid an unnecessary chain split. It does not matter whether it is good plan or not, all that matters now is the degree of contentiousness of this plan by ABC. Based on this alone ABC should withdraw their plan, there needs to be an acknowledgment of political realities since without this understanding diplomatic and political sensitivity is not possible which I would argue is still a requirement for effective leadership, especially at such an early stage of Bitcoin. 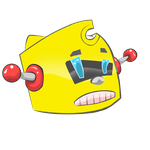 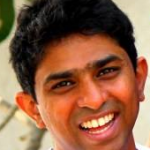