read.cash is a platform where you could earn money (total earned by users so far: $ 170,731.40). You could get tips for writing articles and comments, which are paid in Bitcoin Cash (BCH) cryptocurrency, which can be spent on the Internet or converted to your local money.

Men vs. Women: Who's Better?

This is going to be a controversial article. You might want to join the controversy and raise your opinions, especially the guys out there. 😅

This has always been the talk everywhere whenever arguments start to raise and everyone is pointing who's who, who's better, who's smarter, and all that debate worthy topics.

*Men are smarter than women

Do men possess more intellectual ability than women? Articles and studies show that women are likely to be passed over by men in terms of intellectual jobs and men are more dominant in the field. In fact, the majority of countries all over the world have male presidents.

Generally speaking, men are seen as physically strong and elite. I mean naturally, they are. They have broader, wider shoulders and have stronger muscles. So then, there is a stigmatized reaction that they also have greater skills in mental, analytical, and logical challenges.

In the field of history, science, math, laws, and literature, mostly the names behind those inventions were men's. Probably because women were given fewer privileges of education because they are perceived to do domestic works only. Even in ancient times, or up to now I believe, women were/are still oppressed are were not given equal rights.

Come to think of it and take a look at the photo. If women were given equal rights as men before, would it make a big difference? Do we also have many female scientists and mathematicians?

If you guys are familiar with the film entitled "Hidden Figures", it is a biographical drama of 3 black women who work as mathematicians and engineers in NASA (the 1960s) as they encounter gender and racial discrimination throughout their journey.

Witness how these women made a difference for sending the first man in orbit and all crucial events in NASA.

On a personal view, some courses are only meant for men and courses only for women like engineering, law, teaching, and the like.

I believe it is a culture being passed from generation to generation. My uncles are engineers while my mom and auntie are teachers. My mom wanted to study engineering as well but my grandparents insisted her to take up education because it is a profession for females.

Girl, I bet you frowned and raised an eyebrow seeing this statement. Same, even me writing this article. I know this is an argumentative article and I'm free for your opinions and objections.

Well, women are perceived as weak probably because we are too emotional and can't contain our emotions unlike guys do.

Men are physically stronger than women but that doesn't mean that women are weak.

Women can do so many things like raising kids on their own. Budgeting money, wearing heels and bras, monthly period with a twist of dysmenorrhea.

Not to mention, women giving up their careers to nurture and raise families. Pregnancy might even be the cause of an end to their education or career.

Now tell me, wouldn't that be enough to call women as strong?

There are things that women can do but men can't do and vice versa.

Men are regarded as powerful and mighty because of the remarkable history talking about Kings and kingdoms, military men.

So there's no doubt that men are physically strong.

Women are regarded as men's accessories even before. Women are treated like a baby-making machine that gets maltreated when giving birth to a female child.

Some girls are unfortunate to choose a man they marry because of the culture and tradition they belong to. China, to name one.

One more thing, guys are even proud of how many girls they have kissed, counting girls as many as they can. The audacity 🤷‍♀️😑

I couldn't stress more of this.

Guys, I know this article sounds biased because I represent and speak for the women about issues in general. Then again, I am not telling that all guys have this behavior. There are still some of you who are faithful and respectful to women and I salute you for that. This also works either way. There are also instances where women take advantage of guys and that is something that we need to dig into deeper.

However, let us not let our gender define who we are. 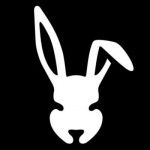 Sponsors of Jeaneth
empty
empty
Become a sponsor
Get sponsored