Hello friends, I hope you are very well today will accompany me in what has recently become a great journey for a large part of Venezuelans mainly for the border states such as Táchira and Zulia. In these states, the queues of vehicles are intensified to supply fuel due to the large amount of fuel that is destined for contraband (this liquid is marketed and sold at the border for US $ 10 for a 20-liter container, being the value of the purchase of this amount in Venezuela about 0.01 cents of the US dollar), without leaving aside the lack of hydrocarbons in our country due to the lack of investment related to the extraction of oil for the production of gasoline, is something unusual and illogical to believe that a country like Venezuela with the second largest oil reserves we have to export Gasoline and other derivatives from other countries even from other continents but it happens and it is something that we have to live day by day the inhabitants of the second country at the level worldwide with the largest oil reserves.

Due to this shortage and smuggling of fuel, the government of the border states has created "methods" to avoid long lines and that we can supply regularly, these mandatory methods or actions are:

This "control" is carried out by means of chips that have been adhered to the front glass of the vehicle with another system incorporated to the service stations that reads you and gives you access to the unlocking of the fuel pumps; the methods or actions described above sound very good in theory since they are practically only complied with by the people who use the fuel in a lawful manner since the government put the control and protection of the service stations in the hands of the military personnel This is a serious mistake because this is why the military are worth the access of vehicles that are not in the queue for the payment to these troops of about 20 US dollars, as well as the dispensing of more gasoline to these people who they pay the military by bringing this as a result of marking fewer vehicles in the queues "people that many times we have to spend the night from the previous day in the queues to try to refuel."

Today I went to a queue at a service station that is something close to my house, a friend of these who you do and you are in the queues gave me information while you wait for about 12 hours or a whole day, I He informed that today a Gandola of fuel with 24 thousand liters would arrive and I have little gasoline in my vehicle so I had to choose if I was leaving from the previous day and leave super early today, I chose the second option to leave as early as I could try to refuel but before making the decision I decided to go yesterday at 10:00 pm to observe how the queue was and how many vehicles were already there, it will seem somewhat illogical that for us it has become something normal but the tail It was "short" there were only about 250 vehicles in line so I returned home to wait for the time to return again, I woke up at 3:30 am to get ready and leave at 4: 00 am from my house and so I was able to leave my house at 4:00 am in the middle of a torrential rain.

Upon arriving at the queue I was able to appreciate that for the location I was approximately 300 for a maximum of vehicles that would enter the service station of 400 vehicles which at 6:30 am the number of vehicles for this station were already complete of service. It is a bit dangerous to be at this time of the morning in a gasoline queue so I could not photograph the tail well as it was at that time.

Arrive at 5.30 am and being almost two hours in a vehicle when you only hear the fall of the rain on your car, you just hope that sometime some coffee or product seller passes and you hear some words of encouragement that say now The gandola arrived or is on its way, but this rarely happens very few people give information about this "Official" data. It is uncomfortable if but we have no option for now trying to sleep inside the vehicle is the best option because for security you can not use the phone much by the light emitted out of the vehicle.

Today we have had a bit of luck is 6:30 am and there has been no protest or closure of roads on the route from the filling point to the service station and the gandola has arrived early, those voices are heard all the vehicles and it goes like a wave from the first to the last vehicle, phrases like "The gandola is coming, it is already unloading the gasoline", you feel relief and you feel that this time you will not miss the day since it is very usual and frequent that the Gas protests make closures of the gandolas access roads to the city which causes delays in the arrival many times of about 5 or 8 hours, today it was not so and before the situation feels relief and happiness.

Hours pass the clock is 9:57 am and since our journey has begun at 4:00 am seven hours have passed, we still have about 3 blocks to reach our final goal while the sun begins to shine on maximum splendor and in a few hours we have gone from a heavy rain to a bright sun.

We are close, we are only one block away from our location and the entrance of the Service Station after seven hours and a little more, you are close to reaching our goal.

AND CONGRATULATION WE HAVE ARRIVED! Exactly at 10:19 am we are entering the Service Station and here it is a little difficult to document the images due to the fear of the military to be photographed while entering a vehicle that is not in the queue or being photographed while receive money from this income, I tried to photograph the best I could but a military man approached me and asked me to enter the service station with the windows below.

I achieved it stocked my corresponding 40 liters.

And to the wonder of my documentation when turning around the block to go to my house I find this photo very characteristic and normal at the entrances to the service stations, military allowing the entry of vehicles that are not in the queue, I could not photograph more but I witnessed that when they entered the vehicle they opened the door and gave him money and four loaves.

and this concludes our attempt to refuel today, we achieved it and in record time I am glad that we were able to document the content and learn a little about the moments of anguish that Venezuelans must go through mainly the border territory. I hope this publication has been to your liking.

See you another time your friend says goodbye with a big hug. 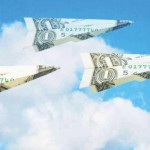 5 photos of natural corners
Good morning friends this is my life story, this is my presentation:
"Friendship" one of the most important universal values, let's talk about my best friend
About us Rules What is Bitcoin Cash? Roadmap Affiliate program Get sponsors Self-host
hello@read.cash (PGP key) Reddit