Written by Geri
17
http://Maker4D.uw.hu/index.html
2 weeks ago
In communities: Developers and programmers (c0e2)

I have decided to cancel every future software development for Android and Windows. In the near future, i will only release software for Linux. There will be one or two software which i still will compile for Windows. In the case of Android, i already have removed every development-related software. The decision has been made, and its probably final. This decision was based on logic, facts, and personal preferences, and its not an ideological decision.

Its a technological decision

Therefore, all the #ifdef paths supporting Android and Windows are still intact, and will kept for a while, in the case of an unexpected need for a release. This applies on every software of my, including my Game Engines, tools, production softwares, and software i write in the future as well. The decision will be immediately overruled, if someone brings me a suitcase with money (which is very unlikely).

Its also my personal decision

What is the problem with Windows

Windows is a bad quality software. Its expensive, and its very slow. Newer versions of Windows require a fast and expensive computer to run properly. Windows exists for non-x86 platforms too, however, Microsoft was unable to release proper versions of Windows for the ARM platform (all of these versions of Windows are stripped down and they cant even run most of Microsoft's own software). Microsoft is re-focusing Windows to became a content consuming operating system, where it loses the market share against Android step by step.

What is the problem with Android

Android is not an operating system, its just a GUI (graphics user interface) running on top of the Linux kernel. This graphics user interface shows no sign of any development for more than 10 years. Due to the total incompetence of Google, there is still no proper multi-windowing version of Android exists. Its not backwardcompatible with real Linux, therefore the platform lacks any real software. Parts of the platform was built around Java, which is a low-quality, low-speed scripting language for corporate usage. Android is a low-class content consuming operating system, which focuses on content consuming, navigation, browsing, and taking photos/videos. The Android operating software is totally useless for anything else, all the programs made for the platform are either minimalistic apps, or quick shoddy rewrites of the Linux versions.

The overwhelming majority of Android users will not pay for anything. Therefore, developers must earn revenue by making software for the masses, and putting advertises in them. This rules out normal software to be made. The users of Android are the mass consumers, who are using these mass-produced applications and games, and they will refuse to pay. It does not worths to write REAL software for Android, as it would not produce high user counts, and it would produce unsignificant income. The wast majority of Android users are content consumers aniway, this mostly means consuming video content and social networking.

Windows users are the dinosauroid version of Android users. A typical windows user is the more professionalised and version of the Android user. The gamers are playing games on the Windows platform, however, these are AAA games. A typical Windows user uses the well-hyped windows games and softwares. They will not pay for a random game or software any more. They dont want to pay or search for real games, but they complain for not having proper games for ages. For example, if a typical Windows user wants to make a game, he will download some hyped fake gamedev environment, such as the Unity engine. Then he downloads some assets from the store, downloads some pre-created scripts, and there is the magic game which is about flying with WASD in the middle of pixel shadered models. And its somehow called a ,,game''.

Some of the MAC users sometimes tend to portray themself as some kind of professionals of an area. Like they buy or steal some Photoshop to pose as a professional graphics artists. In the worst case, they buy some snowflake Macbook from $3000 loan, which they pay for 4 years. They buy it, because they saw in some moovie, that the Macbook is the only thing they lack to became great artists! (...not like the total lack of any skills or talent, or at least putting time in it... meanwhile the real artists use $2 pencil, paper, and gimp). For these type of MAC user, everything is about posing with the snowflake hardware and snowflake software, for gaining attention from the other snowflakes. Some of MAC users are clueless people who buy computers with $20 second gen i5 processors for $2000. Rich, but dumb people, but only reachable with mass marketing and manipulation. Some MAC users are using MAC just because they dont want to use Windows or Android... They could just use Linux, i guess.

The Linux community is full of clueless ideologists and communists. In some ways, they are right, computers cant be based on obscoure corporative technologies. The openness, and freeness is very important. They will however not buy or fund proprietary software. However, besides them, there are lot of open-minded, creative person. The actual creative scene now uses Linux. Everyone who wishes to see something new, and wants to do something for it, uses Linux, and there are no exception for this. Everyone who will ever look beyond Youtube-Facebook-Photoshop-AAA gamer universe, will use Linux.

Linux is good, others arent

For example, a Debian Linux with LXDE graphics interface boots within a few seconds even with a regular HDD. In contrast to Windows 2-3 minute boot time. It is available for every range of computers from a 25 year old Intel Pentium 2, up to the last 64 bit multicore computers. Its not just available for x86, but also on ARM, MIPS. It eats a few GByte of place, its free. Its optimized for working or at least doing something on it, it has plenty of programs, unlike Android/Windows/MAC. Its free, and its compatible with every hardware, you dont have to throw out your printer in every 4 years just to be able to operate it with a newer Windows.

So, i stop building binaries for other systems

And as coding is becoming more like a hobby for me again, i will not keep the Windows/Android/Anything else versions alive. I dont use Windows or Android, or anything else, only Linux. Therefore, i will only build binaries for Linux. This saves some time for me. Using my software is an opportunity, and not a right. Especially since people dont even pay for software since years... If someone wishes to continue to do so, he will have to switch to Linux or pay for the Windows builds. 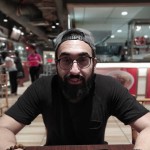 Written by Geri
17
http://Maker4D.uw.hu/index.html
2 weeks ago
In communities: Developers and programmers (c0e2)
Enjoyed this article?  Earn Bitcoin Cash by sharing it! Explain
...and you will also help the author collect more tips.