Hi guys, It's me Fionaa once again with a new article. Hope everyone is doing well. I'm also good. I created this account 2 months ago but I started my writing some days ago! So you can call me a newbie here.

What would haopend, What if the sun never rise? What if sun never goes down?

If that were the case, we would probably sleep most of the time, or we would work most of the time. What would happen as a result? Our life expectancy would have decreased. People did not live long.

But our god create this universe for us, According to our convenience. Where we get enough time to work, we get enough rest again.

Instead we giving our times in fraud things, which are not benefit for our afterlife. Do you beleive an afterlife?

Remember, Our God is Almighty then nuclear bomb! 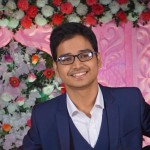 Sponsors of Fionaa
empty
empty
empty
empty
Become a sponsor
Get sponsored
Enjoyed this article?  Earn Bitcoin Cash by sharing it! Explain
...and you will also help the author collect more tips.