read.cash is a platform where you could earn money (total earned by users so far: $ 201,413.81). You could get tips for writing articles and comments, which are paid in Bitcoin Cash (BCH) cryptocurrency, which can be spent on the Internet or converted to your local money.

With white house trump's departure there may be major banking movements, some to protect themselves from negative or positive news and others to risk and leverage FOMO

The solid rise of BTC at the moment is not due to a technical appreciation of the charts, all we can say is that there is a very well-established hike of BTC over the other asset markets

The feeling of protecting savings

After the completion of the US election, the US will not be able to do so. Millions of people around the world may be feeling concerned about the money stored in their bank accounts in the U.S. U.S. or the American financial system.

What would you do if you have thousands of dollars kept in banks, in presidential election times, where one radically liberal president comes out and another more socially sensitive comes in, and from another party?

I would save my money in BCH or its default in BTC, I must also take advantage of the solid position of cryptocurrencies in coronavirus times and now in December where the pandemic decreases could have a greater effect on THE position of BTC in the other markets

Remember that we are in more than 60% in our Flpstarter, thanks to all those who have collaborated

If you have an opinion, tell me in the comments I'll be watching 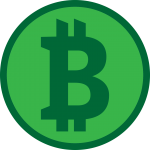 Sponsors of BCHouseVE
empty
empty
Become a sponsor
Get sponsored
Enjoyed this article?  Earn Bitcoin Cash by sharing it! Explain
...and you will also help the author collect more tips.

December 30th We Went to the Streets
ALERT: Stand at a Shopping Center, BCHouse Argentina and BCHouse in Colombia
Plan to Stop Spam in Read Cash