read.cash is a platform where you could earn money (total earned by users so far: $ 202,067.54). You could get tips for writing articles and comments, which are paid in Bitcoin Cash (BCH) cryptocurrency, which can be spent on the Internet or converted to your local money.

World's scariest island, no one dare to enter this place!!!

Written by
Amax33
Amax33
98
Sometimes it is harder to retreat than to move forward, Sometimes the only way out is thro... [more]
4 months ago
In community: Earth is beautiful(7cf7)

Earth is a strange planet and that's of course because of the strange creatures like humans, after scary forest, hotels and Churches, now let's take a look at world's scariest island; "Poveglia", be with me friends;

Near Venice, Italy, there is a deserted island that has become known as the scariest island in the world. With thousands of tourists traveling to Venice, no one dares to approach the island of Poveglia! In fact, entry to the island has been banned due to the horrific events that took place on the island. Hundreds of thousands of people have been brutally killed on the island of Poveglia, and locals believe their spirits are still wandering on the island. But what horrible things happened on this Italian island that made it one of the most conquered and scary islands in the world?

The place of exile of the plagued

Poveglia Island has a terrifying history dating back thousands of years. During the time of the ancient Roman Empire, the island was used as a haven for plague sufferers. The plague-stricken people were sent to the island to suffer in solitude and isolation and away from any treatment and help until they died. Later in the Middle Ages, when the plague broke out again and killed about two-thirds of Europe's population, the island of Poveglia was once again the site of deadly plagues. Thousands of people died on the island and their bodies were buried on the island and they were sometimes burned due to the dumping of the bodies. Wandering ghosts and the negative energies of so many dead still exist on the island.

Half of the island's soil is made up of dead ashes

Poveglia Island, however, is one of the best places to grow grapes, and good grapes grow in the island soil. The only ones who dare to go to the scariest island in the world from time to time are to harvest grapes. It is said that more than 50% of the soil of Puglia Island is composed of human ashes and apparently grapes grow very well in such soil!

The construction of a mental hospital turned the island into a torture chamber!

In 1922 a mental hospital was established on the island. People always refused to enter the island and with the construction of this sanatorium, they avoided it more than before. This made Poveglia Island an abandoned place inhabited only by the mentally ill and doctors. One of the most horrific things to happen on the island is related to psychiatric experiments: Doctors and researchers who found themselves alone with the mentally ill treated patients as they wished and severely abused them. Scary screams of patients could be heard from afar, and some believe that their voices can still be heard!

Screams are still heard on the island!

Many people believe that hundreds of thousands of souls who were tortured on the scariest island in the world are still wandering on this island. From the souls of the thousands of plague victims who died on the island to the patients who were tortured to death in the island's dreaded sanatorium, they are still trapped on the island. In fact, many people believe that you can still hear their screams and moans, which is why it has been called the scariest island in the world.

This island have been deserted for decades and no one dared to enter it. However, from time to time, a few adventurers would take the boat to the island to see the scariest island in the world up close, But they all returned from the island in fear and trembling, and told horrible stories about the island of Poveglia. Many of them said that they felt that someone or something was watching them. Others have reported that invisible people grabbed them and pushed them!

When the ghosts exorcise the owners of the island!

Years after the closure of the psychiatric hospital, a family decided to buy the island and turn it into their own resort. They came to the island and stayed there for one day. But on the first night, so many horrible things happened to them that the next night they packed their bags and fled the island. The family said that their daughter's face was almost shattered by an invisible force and she tried to get them out!

The most forbidden place in the world!

Today, due to the terrible past of the island and the legends that have been spread about the island of Poveglia, entry to this island is prohibited. The Italian government has banned tourists and people from entering the island; However, adventurers, fearless young people and people looking for excitement are still trying to reach the scariest island in the world. It is illegal to enter the island and people will be arrested if they are seen; But it seems that the ban has made the island more attractive to some people.

Have a nice scary night 😁🖤🖤 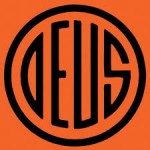 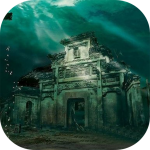 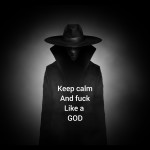 Sponsors of Amax33
empty
Become a sponsor
Get sponsored

Written by
Amax33
Amax33
98
Sometimes it is harder to retreat than to move forward, Sometimes the only way out is thro... [more]
4 months ago
In community: Earth is beautiful(7cf7)
Enjoyed this article?  Earn Bitcoin Cash by sharing it! Explain
...and you will also help the author collect more tips.