Today i share with you a cinemagraph.
For those who come across this term for the first time, let me make a brief introduction to the subject.

Cinemagraph technique consists in add motion to a static record, in a combination between photography and video.

I opted to apply the same technique not using the most used method, which would be to shoot and later edit the video in all its frames, but rather, using a combination of two recording techniques, one of them, the time lapse.

Time lapse, translated to the letter, means to jump in time, that is, the process of capturing images in sequence, intentionally neglecting several frames in the course of the action.

​For example, while in a video, usually 12 frames per second are recorded, in time lapse, 1 frame per second is recorded (example: for fast recordings), imagine that you want to capture something in time lapse for about 3 hours! in this case, capturing 1 frame every 60 seconds would be enough to get a good result.

At the end when you transform this sequence into video, you will get a funny result as you can see in the image below.

This result was obtained with a capture of 1 frame per second in a total of 45 frames, to which 4 frames were subtracted so that I could apply the technique of cinemagraph to make the transition as smooth as possible.

​In the image that follows you can get an idea of how the process works, the area delimited by the shaded area will be the one where the 41 frames will run, giving the movement to the photo, all the rest is static, the rest are layers and masks and more layers .... an authentic fun :P

I hope you enjoyed :) 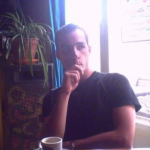