read.cash is a platform where you could earn money (total earned by users so far: $ 194,446.71). You could get tips for writing articles and comments, which are paid in Bitcoin Cash (BCH) cryptocurrency, which can be spent on the Internet or converted to your local money.

Mythbusting - " Bitcoin is necessarily energy-inefficient because of POW"

The Proof of Work (PoW) algorithm is always been criticized for being difficult, time consuming, wasting energy and so on, for especially environmental problem and for the relative mining process, and different people don't see the purpose why is choosed this mechanism.

There are different way to understand this difficult, that has Bitcoin (BTC):

- one of them is that something precious or value, has to be done with a lot of effort or energy, we can make an example for the diamond, a normal stone, with a lot energy to mine it and then with the ability of a person and a lot of time, we can appreciate the shining of it;

- a system that prevent spam, it was made for this purpose, for example also a classic CAPTCHA is a PoW because You demonstrate that Your are human, and even You can think is a waste of time, is a barrier for automated task (bot), and in blockchains that use this kind of consensus algorithm, take the spam outside;

- it has to be asymmetric system, it means that if required a lot of effort to made this security, is also has to be easy to check the information inside the blockchain, as we know is very difficult to close a block, but is very easy to check a transaction;

- the ability to make this work by all and with anything, as we know the search for the nonce that match to the hash, it can also be done with a simple calculator, but with a lot of time, but is doable, also for people, and also with any computer that has the right software and equipment, this means that the concept is easy to make, but You need to make different times, millions time, to find the right information, and that means that everyone can do and is very democratic system without any sort of limits (of course You can't get the reward but if You can participate even with a raspberry, means that there isn't an obstacle of sort at the start)

- the difficult of doing a block, means also that is difficult to remake that block, for example if I want to falsifying a block, I need to falsify also the previous block, and to make something like that I need at least half of the power of all network, something that at this level is quite impossible, and this lead to the strength of the network also.

We have to increase the view of this algorithm, PoW, because with it we create news block, with a complete information checked, and this blocks are linked in a strong way that match with the information and the hash, that is calculated with the PoW.

Of course this method has a lot of expenses and for this work to the people who doing the job is rewarded with Bitcoin (BTC), so the focus of the Proof of Work is the security, as we have see that the complex of the block is extreme difficult and when we add a new block, we also strength the blockchain because we are adding security also to the previous blocks.

This difficult, with the PoW, is the best way to guarantee the security of the information, with a different system we have also less guarantee that the alteration of the information is more easy to do, because is less powerful that PoW, in more with this system also in the future You can determine the difficulty of the calculation and verify that the relative block was valid at that time and until now after several years, instead with a PoS (Proof of Stake) You need to trust that validator, validator that can be different, for different reason, after several years, so You cannot see if that validator made some mistake (or determine if behind was a specific person).

Don't forget also that the difficulty every time (every 2016 blocks more o less 2 weeks) is recalculated to adjust calculating the time from this moment and the past 2 weeks (20160 minutes) and if is the time is over this means that blocks come out slowly and so on, and the difficulty is than adjusted in this terms, and this difficulty is linked to the hashpower of the network.

We know of course that this system consume energy, and compared to little States, is also more energy consuming of that States, but this is only a bait for blind, and is not determinate by number of transactions, the utilizations and so on, the only factor depends from the reward and gain for a miner to do that activity.

Saying that Bitcoin (BTC) and PoW consume a lot of energy but You cannot contextualized in a way of using, is meaningless, so the only purpose of this claims is to put Bitcoin (BTC) and PoW in a bad light, so we need a contest to understand the system, for example the miner turn on the machines until his has a profit from the process.

In more we have to compare also the consuming of this system with others systems that consume energy, for example the energy consuming by videogame console has a cost more than bitcoin network, but of course is not for security purpose, but for entertainment purpose, and there is also an interesting data from University of Cambridge that analyze from which source can be used for providing the energy for the entire bitcoin network:

As we can saw the issue linked to the cost also to the Bitcoin (BTC) is a non problem for the environmental and to conclude this article, a fun facts show that the consume from only idle home device can provide the power for bitcoin network for over 3 years: 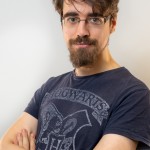 Written by
AlanOne
AlanOne
15
Little italian Android developer and the author of Mastering EOS
1 year ago
Enjoyed this article?  Earn Bitcoin Cash by sharing it! Explain
...and you will also help the author collect more tips.