Written by
zenthereum
zenthereum
41
I decided to write about cryptocurrencies to inform and get informed. Patiently waiting fo... [more]
4 months ago (Last updated: 3 months ago)
In community: Cryptocurrency and Blockchain(7b7f)

It seems that there are no relaxing moments in the crypto world, as various governments are once again trying to create a climate of fear on cryptocurrency enthusiasts and under many circumstances are trying to either stall or completely ban the use of cryptocurrencies.

It is already known that China banned cryptocurrencies in 2017 and they don't allow the use and trading of digital assets inside their borders. India had announced a couple of months ago that they were moving towards regulating cryptocurrencies and the RBI (Royal Bank of India) claimed that it was allowing banks and other financial institutions to deal with crypto exchanges. Although lately news surfaced about another law being drafted that would once again make crypto illegal in India and restrict access to trading and holding cryptocurrencies to 1,3 Billion people.

Russia is also considering a bill that will ban trade and any use of cryptocurrencies. The same bill has been discussed in the past and perhaps the same interests (banks) understand that they have no chance so they bring the same arguments (crime, money-laundering, black markets, etc.). Meanwhile, it is proven that the traditional financial system is the one responsible for 99,9% of these actions.

It was also known that Donald Trump didn't favor Bitcoin either. He made it clear with this tweet.

While some people had some crazy ideas that it was Trump that helped Bitcoin since 2017, in fact, he was planning quite the opposite. Once again we witness news about how the Trump administration was trying to go after Bitcoin.

All these remind of the Bittorrent situation back in 2000. It was identical. Governments trying to stop pressure and some guys getting paid after Lars Ulrich said it's enough you have to pay to listen to Metallica from now on. Napster went down, then eDonkey as well. Torrents appeared everywhere then. The Pirate Bay, Mininova, Demonoid, and basically thousands of torrent trackers and websites flooded the internet. Everyone was downloading the latest episodes, movies, and mp3. Still, everyone kept going to the movies, everyone kept buying the same number of Cd's and DVD's and everyone kept buying Metallica t-shirts and visiting their concerts.

The torrent age basically helped certain artists to enjoy higher popularity and allowed people all over the world to find out visual art as Japanese anime that no one would care about. A whole new world of entertainment was there for grabs and it took like 10 years until services as video and music streaming media appeared.

Anyway, this article is about how governments are stalling progress. This is not even about regulations. Banning a certain technology is something that can only be compared to a witch-hunt in the middle ages. We are not talking about weapons of mass destruction here. This is the only technology we should be banning instead. Cryptocurrencies are here to facilitate transactions in a way Banks and the traditional financial system have failed so far. Cryptocurrencies are here to bring transparency to a rotten financial system.

The rules have changed though as it is not about crypto getting accepted by governments but probably about them getting on board. India, China, the US can try to ban them. The thing is that the software will still be running worldwide, 24/7, uninterruptable, and under no one's jurisdiction. Good luck with that.

Sponsors of zenthereum
empty
empty
Become a sponsor
Get sponsored
5
$ 0.01 from @Dangerous_Fly 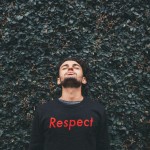 Written by
zenthereum
zenthereum
41
I decided to write about cryptocurrencies to inform and get informed. Patiently waiting fo... [more]
4 months ago (Last updated: 3 months ago)
In community: Cryptocurrency and Blockchain(7b7f)
Enjoyed this article?  Earn Bitcoin Cash by sharing it! Explain
...and you will also help the author collect more tips.