read.cash is a platform where you could earn money (total earned by users so far: $ 199,255.97). You could get tips for writing articles and comments, which are paid in Bitcoin Cash (BCH) cryptocurrency, which can be spent on the Internet or converted to your local money.

In The Arms of Knife

We live in different states or levels should I say in life. The lower level is those poor people. These people are desperate and they hold a knife in their hands. I am not saying all of them just a few of them.

This is the story of a man who lives at that level. They live in a small apartment that enough for 4 people they are a happy family. His father is a construction worker and his mother is just a housewife he had a little sister. When he reaches adulthood to age 17 he began to understand the life they had.

When he reaches 18 he applies for part-time work to support his study and not to rely on his father. Life is not easy we face a test unexpectedly. A time came when his father was hospitalized and got paralyzed. He got this heavy responsibility on his shoulder.

His salary was not enough to cover all of their expenses.

He was at the point to give up because he feels no one is with him. No one to rely on but himself. No cousin, No Auntie, No Related family he can rely on because they all have this same state of life.

He got no choices but the dirt part of this world. Being a "prostitute" or we call them "Call boys" or "Boy" is the only way he sees to cover all the expenses they have every day and every month. He received calls at night and go to the person who calls him after his service he received the payments.

He often cries himself alone. The work he chose will forever judge him in the eye of others it was dirty and unacceptable. That's why he cannot tell to anyone what he does because he will be judge.

The work he chooses is in the arms of a knife. No choice and no easy way. He can't give up his study that year that's why that's the only choice he has to call himself a "Call Boy".

Most of us judge someone base on how we see them. We hate a mistress because he chooses to love a wrong guy but she was just in love. A prostitute we see them so dirty because of the work they choose but that's the easy they had. We don't know what others have been through.

We don't have this right to tell what should they feel or what work should they choose. We give our own judgment before we solve our own problems. 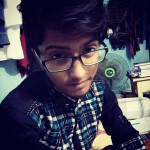 Sponsors of salma24
empty
Become a sponsor
Get sponsored