How Good Is Social Welfare in Canada? I really want to emigrate to Canada

Canada, we all know that the natural environment here is beautiful and the education system is excellent. Canada has been voted by the United Nations for many years as the most livable country in the world. For the elderly and children in particular, Canada has many benefits. There are many good policies here!

Indeed, a serious illness is enough to ruin a family. For more ordinary people who can't even reach the middle class, a patient in the family has to work hard to make up for debt, and children are often forced to drop out of school to work. There are many more people who can't afford the medical expenses and can only helplessly go home and "wait for death".

And Canada's most admired is almost universal health insurance.

In Ontario, the health insurance plan is OHIP (The Ontario Health Insurance Plan), and it will pay for some medicines. From January 1, 2018, OHIP will also pay for medicines for teenagers under 25 who have a health card in Ontario. For senior citizens over 65 years of age and low-income people, Ontario's drug benefits plan will also meet the corresponding drug costs.

But rickets are caused by long waiting times, which is related to the allocation of functional resources and doctors in the Canadian medical system.

Canada's legal retirement age is 65. Canadian residents, regardless of their assets or income, are eligible to participate in the Old Age Security Programs as long as they have resided in Canada for more than ten years.

It should be noted that the pension is not paid automatically by the government after you reach the retirement age. You must apply to the government within 12 months before your 65th birthday to receive the pension.

In fact, pensions are similar to Americans minimum living security. The amount of pension depends on how long the applicant has lived in Canada and is paid monthly by the federal government.

With the exception of Quebec, all Canadian provinces implement the Canadian Retirement Plan (CPP), and Quebec has its own plan called the Quebec Pension Plan.

The Canadian retirement plan is a public insurance plan. Canadian residents deduct a certain amount of pension contributions from their monthly income, and they can get subsidies through this plan after retirement or when they have a long-term physical disorder. Pensions must be taxed, and applicants can get them anywhere in the world.

In addition to CPP, another EI will appear on the payroll of Canadian employees. If Canadian residents (including citizens, permanent residents, and legal work permit holders) work continuously for six months in a year and cannot continue to work because they are unemployed, ill, have a child, or adopt a child , a national employment insurance plan is available And to obtain temporary income, that is, to receive periodic subsidies for a certain period of time to reduce the impact of unemployment.

The amount of money an applicant receives depends on how long they work and the local unemployment rate. To apply for subsidies, you must go to the Canadian Employment Centre, which is the institution that applies for Social Insurance Number.

According to the actual situation of childbirth, the total amount of benefits received remains the same, but prenatal leave can be taken for up to 12 weeks. According to the new maternity leave system introduced in Canada this year, parental leave is increased to 40 weeks. You can also enjoy maternity leave benefits for up to 69 weeks (but neither party can exceed 61 weeks).

At the same time, employees must not be fired because of pregnancy. Maternity leave employees continue to keep their pensions or medical plans and can return to their original jobs after maternity leave.

Family allowances can give you up to 80% of your income. If you and your spouse apply for EI benefits at the same time, only one of them can get it. Generally, it is better for one of the two parties to apply for a family subsidy if one of them has a low yield.

The sickness allowance is to help employees who are unable to work due to illness, injury or quarantine to resolve their financial difficulties.

The sickness allowance can only be received for a maximum of 15 weeks, but you must have worked for 700 hours in the past 52 weeks or since the last time you received employment insurance benefits.

To apply for sickness allowance, you must provide a medical certificate that proves you are sick and the time you need to recover.

Social welfare is a cornerstone of the Canadian welfare system and is used to guarantee the basic living standards of every Canadian resident. Canadian residents can apply for this benefit if they have no income and have a bank deposit of less than $ 1000.

New immigrants are usually not eligible for this benefit in the first six months, so after landing in Canada, you will need a sum of money to maintain your life for six months.

Canadians are very focused on family life and love to travel. Not only Christmas, Thanksgiving, Family Day and other public holidays, you can see the airport drag home to take a vacation. Life bacteria often hear who is on vacation and goes to the Caribbean. After all, there are not only paid vacations every year!

In Canada, kindergarten in public schools started as free education. Kindergartens start at different ages in various provinces. In Ontario, Junior Kindergarten can be enrolled as long as they are 4 years old at the end of the year.

However, day care before Junior Kindergarten was self-funded and it was more expensive.

Depending on the age, the day care fee for a child is 900-1400. Since many low-income families do not have the financial means for their children to receive early education, the government has specifically set up a child care subsidy.

Depending on the applicant's specific circumstances, the government sometimes subsidizes half, sometimes full subsidy, and the subsidy is paid directly to the childcare institution where the child attends.

Applying for a child care subsidy requires waiting in line, so you should submit your application as early as possible. The government will give priority to households where both spouses are working or studying and have a small income.

In order to protect home ownership, the Canadian government allocates a large number of government houses every year to be managed by a special company commissioned by the government. Leasing these houses at extremely low prices is not a shabby urban village, nor is it a simple low-cost house. , But a beautifully built building, a spacious and bright two-bedroom or three-bedroom.

These government houses are provided to take care of the low-income groups. Its charging method is relatively special. It is charged according to the percentage of income. For example, it is generally charged at 25% -30% of the monthly income. Pay more, those who are high income would rather take the rent to buy a house rather than take advantage of them, most of the beneficiaries are the real poor.

For example, if your monthly income is only $ 1000, you only need to pay about $ 250 to pay the rent, and you may live in a two-bedroom or three-bedroom apartment.

If you have little or no income, you can apply for a monthly income protection allowance.

The income here needs to include income from pensions, living expenses, wages, unemployment insurance benefits, and workers' compensation or benefits from other countries. The less you earn, the more income security benefits you get.

If you are married, your spouse's income will be taken into account when calculating the amount of GIS you deserve. GIS must reapply every year.

Spouse allowance is available if the following conditions are met: This is an additional allowance for couples who depend on an old age pension:

1. Between the age of 60 and 65, the spouse is a person receiving the old-age protection.

2. The total income does not exceed the prescribed amount.

3. Live in Canada for at least 10 years after the age of 18. The SPA must reapply annually. This allowance can continue to be paid until you remarry or reach the age of 65, even if your spouse dies.

Canadian tax residents report their taxes on time every year. For low income, this is another income. The government will refund GST / HST. Not only citizens and permanent residents, but work permit holders and international students in Canada can get tax refunds as long as they meet the conditions of tax residents.

There are many, many other benefits in Canada, and some are local benefits. For example, Healthy Smiles Ontario provides free dental treatment for low-income families . Everyone knows how expensive it is to look at teeth in Canada!

After free education for all, the government will provide tuition fee reductions and interest-free student loans, etc. , depending on the family situation of the students .

In Toronto, there are various benefits such as children's extracurricular activities subsidies, home electricity subsidies, and so on. Quebec, a French-speaking area, has even greater benefits, subsidizing the Canadian people in all aspects.

The government also provides subsidies for resettlement, schooling and employment for new immigrants . 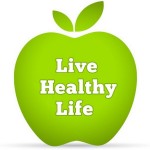 Sponsors of rajeev
empty
empty
Become a sponsor
Get sponsored

Excellent tourist destination, beautiful Turkey
Only when you come to Russia in person can you understand why this place is so fascinating!
Sahara only accounts for 1% of the beauty here. How many hidden beauty are hidden in Morocco?
About us Rules What is Bitcoin Cash? Roadmap Affiliate program Get sponsored Self-host
hello@read.cash (PGP key) Reddit