The Mountain, Avalanche, and the Magnifying Glass

There is a large mountain and hundreds of thousands of people are barreling down the mountainside at full speed. The majority of the runners do not question why they are running downhill, trampling others, and making sure that others run alongside them. There is a small minority of individuals trying to run uphill or at least escape the running mob by darting off to the side.

The people running downhill, the majority, believe that every individual must sacrifice themselves to the whims of the downhill runners. The individuals who run against the grain wholeheartedly believe that their lives are an end to themselves. They don’t believe that running downhill is necessary and that their lives are not the means to the ends — When it comes to the 'welfare' of the majority. The only reason to run at all is to run for yourself, your own virtues, and principles.

While all the people were running down the mountainside in fear of a great avalanche. — Because a few of the people’s rulers and experts told them, a great number of runners over a certain age and in poor health were trampled by the rulers. But the majority of the crowd was so busy paying attention to their own flight, down the hill, they didn’t notice their elders being lost in translation. Even though when they all started running — They initially said it was all about the elders. No, what fueled the majority was the mind of a brute who knocks anyone down in order to escape danger.

In order to invoke this false sense of security, the crowd called those who believe — Their current lives are an end to themselves — instead of the 'welfare' of the majority — “selfish.” The mob calls them selfish and they foolishly believe they are — "selfless." An absurd impossibility. Even though, it was the mob who acted like a mindless brute. They all gathered together, as a good collective union does, and repeated a number of mantras to get everyone to run downhill. “An avalanche is coming,” they said. “We are all in this together,” they stressed. They all ran down the hill with no purpose.

The uphill runners, side drifters, and those who don’t believe the narrative decided they would not follow the majority. Even though, it is extremely difficult to run against a relentless crowd — Filled with nothing but raw emotion. The dissenters who didn’t believe the avalanche was so large, after noticing the tiny pebbles were placed behind a magnifying glass that the rulers placed ever so secretly. Those pebbles would not start an avalanche.

The uphill runners have ego and purposeful behavior. While the mob running down the hill simply relies on the words and works of others (rulers, priests, experts, and scientists) to guide them. The people who went against the grain — attempt to heal their friends and families. Those fraudulently placed pebbles had been placed that way before. The rulers have caused generational trauma, which has fueled toxic patterns that are taught by the family. While uphill runners trying to survive, perceive themselves as having a meaningful existence. While the downhill running mob has no issue with being sacrificial if they can save a few people from the rolling boulders they fear.

The people running uphill know that they are conscious and understand that the “fear of death,” even for the sake of others, does not lead anyone to purposeful behavior. What the uphill runners learned, however, was that even though the friends and family members who participate in the mob’s downhill marathon, and say that uphill runners are betraying the masses — They know they are affecting the immediate circle.

In fact, the purposeful behavior will free their lineage, and the reflexes will save them from not the avalanche of ridiculous pebbles placed on top of the mountain, but the avalanche created by the very mob running down the mountainside. In time, even the individual nerves, stimuli, and other types of reflexes will always flow toward rationalities that are created by one’s mind, logic, and reason. It may take a very long time, but at some point, the healing of one’s lineage and the emulation stemming from purposeful behavior and meaningful immediate circles — Will create spontaneous order.

The downhill joggers will question their moral code — But only after they see that millions have died over their mindless brute behaviors. They will notice that they themselves trampled many — Just to keep themselves alive and running from fear. Many will figure out that the rulers tricked them, and they will have to accept the fact that they were bamboozled. Some runners, who effortlessly jogged down the mountainside blindly listening, will realize this and be so ashamed of all the damage they caused — They will keep running downhill dragging others alongside with them.

In essence, I am an uphill runner or one who chooses to run against the grain. Not for the simple sake of simply running against the grain to be opposite or different, but because the majority of the grain is participating in ongoing immorality — Blatant fraudulent behaviors. The mob never questions the code of altruistic behavior, the one that has been taught for centuries by religions, nation-states, gangs, mafia, and really any collective group who thinks that every individual’s life should be sacrificed to the welfare of humanity. There is a need to question, and rethink society’s moral code and compass. The majority has been running downhill for a very long time and they are dragging many innocents with them — Even sacrificing the unborn generations. 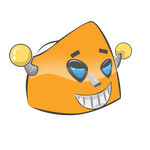 Written by
posternutbag
posternutbag
1
free thinker
1 week ago
Enjoyed this article?  Earn Bitcoin Cash by sharing it! Explain
...and you will also help the author collect more tips.