Praia da Memória is a Portuguese beach located in Perafita, north of the cities of Porto and Matosinhos. This beach in the municipality of Matosinhos, has a very important historical element in the history of the municipality, which is the Obelisk of Memory, which marks the beginning of the end of Absolutism in Portugal.

The Obelisk of "Memória" marks the spot where, on July 8th 1832, King Pedro IV and the 7500 men of his liberal army disembarked, marking the end of the absolutist regime that had hitherto dominated Portugal. After landing, the liberation army advanced to the city of Porto which would be kept under siege for a year (the Siege of Porto). The first stone of this monument was laid on December 1st 1840 in remembrance of this event, under the auspice of Queen Mary II, daughter of Pedro IV. After several delays, the obelisk was finally completed in 1864 and classified as a national monument in 1880.

The granite obelisk includes references to the date of landing in two observable metal crowns at the top. Four limestone panels at its base record references to the initiative of building the monument, some of the commanders of the "Libertador Army" and the famous proclamation that D. Pedro IV made to the soldiers before the disembarkation.

Vey dynamic and fragile habitats due to heavy exposure to the action of waves, tides and wind. In addition to these natural factors, human activities often its preservation.

I hope you enjoyed this new trip!!!

The content is on my Steem profile.
Images © 2020 @portugalcoin | All Rights Reserved 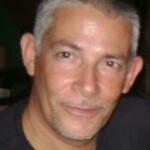 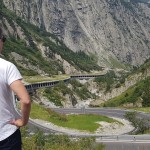