Taxation of Cryptocurrencies in Portugal

Taxpayers who work with bitcoins have to pay taxes. But if the use of cryptocurrency doesn't involve a professional activity, it is exempt from taxation.

Bitcoin, whose popularity has grown around the world, was the currency that most valued in 2016 and 2017, and already worth more than gold. It is an investment alternative for more and more people. Soon more and more taxpayers are questioning whether or not to declare the capital gains they receive through trading this cryptocurrency.

The taxation of cryptocurrencies has no legal framework in Portugal, but in response to an email with this question, the Tax Authority, through the e-counter service, defended that the income earned with bitcoins should be taxed under the IRS.

Like Banco de Portugal, which has already issued several statements to warn of the dangers of trading these cryptocurrencies, the Tax Authority recognizes that “the current Portuguese tax legislation does not contemplate this type of activity”, but defends, nonetheless, that this income have to be taxed.

"Despite the fact that the current Portuguese tax legislation doesn't specifically contemplate this type of activity, we are of the opinion that such income constitutes a distribution of profits, in proportion to its participation (investment)", reads in the answer of AT, which already circulates in some specialty forums.

"As they are income paid by an entity that is not resident in Portugal, income obtained abroad is considered, which should, when delivering the IRS model 3 declaration, be mentioned in annex J (table 4 - field 420)"

In view of this scenario, AT also states that "the taxation of these income will occur in two ways":

"1- It chooses not to include these earnings (not placing a cross in the box where this question is asked at the end of annex J), being taxed autonomously at the rate of 28% or 35%, according to paragraph 5 or in paragraph 12, respectively, of article 72 of the CIRS;".

"2- if your annual earnings from work for others are not very high, you choose to include them, and these earnings will be included together with the rest, the rate being applied in accordance with article 68 of the CIRS. AT wants to charge but leaves a piece of advice: "it will be a matter of before doing a simulation of the IRS with both options". 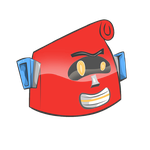