A Manifesto for Bitcoin Cash Adoption in the Developing World

Global poverty is unacceptable. 80% of humanity lives on less than $10 per day. 1.8 billion use drinking water that puts them at risk of polio, cholera, typhoid and dysentery. 5 million people, mostly children, die each year from water-borne diseases. 800 million people, 300 million of which are children, do not have enough food to eat. 90% of these 300 million children are enduring long-term malnourishment. “The poor are hungry and their hunger traps them in poverty,” as The World Food Programme has argued.

But the 5 billion global poor are not defenseless. They are mostly just undocumented. Legacy middlemen, such as banks and governments, have excluded the poor from the global marketplace. The assets of the global poor are actually many times greater in value than those of the globalized first world. But these assets are registered on fragmented and disconnected informal ledgers that preclude them from being leveraged to finance development.

Trust in institutions is declining across the globe. Inflation renders fiat currency useless for savings and capital formation across the developing world. Government property ledgers are untrustworthy and subject to corruption. Nation-states are not interested in including the mass population in “official,” globalizing markets. Non-profit and foreign aid charity only sets the poor up for greater dependency. Microcredit creates new burdens for the poor and fails to support anything more than the least efficient small-scale businesses. Global poverty will likely continue to improve marginally, but widespread, substantive change in the poor’s quality of life remains a utopian vision.

The global poor are the market that will have the most uses for cryptocurrency, given that, unlike in the developed world, their current ledgers are fragmented, their fiat currency savings are inflated away and their nation-states reduce their ability to realize economic growth with regulations, fees and taxes. The global poor can also be our strongest allies because they are already outside the current government-banking system. By distributing existing cryptocurrencies based on existing wealth and connectivity, we have locked the global poor out of cryptocurrencies — so far.

We can effectively eradicate global poverty within 25 years by sparking an economic miracle in the developing world using blockchain-based digital cash and property registry systems to provide the foundational elements of freed markets.

We can bring 1 billion new people into the cryptocurrency ecosystem within the next 10 years and, by doing so, strengthen all worthy crypto projects as well as our negotiating position vis-a-vis any coming global cryptocurrency regulation scheme. We can solve the cryptocurrency adoption challenge, open new engines of growth — despite national crypto crackdowns — and solve buy-in for people without credit cards, bank accounts or even spare cash.

We can 100x the adoption of cryptocurrencies within 10 years. We dare not wait any longer. Cryptocurrency that does not serve the mass population of Earth is a technological toy, nothing more.

Ledgers are the Building Blocks

We believe that the ledger is the foundation of economic progress but that today’s ledgers are corrupt, vulnerable and/or disconnected. Bitcoin represents the separation of state and ledger, and its time is here.

It Starts with the Individual

We believe that the individual is the beginning and the end of all economic growth, and has liberty as his inviolable birthright.

We believe that the global poverty situation is entirely unacceptable, that it presents a grave threat to the future economic, intellectual and cultural development of humanity, that it presents the greatest challenge to be solved by the greatest minds of the 21st century — and that we can effectively eradicate it within 25 years through the innovative use of cryptocurrency.

We believe that asking the right questions is more powerful than proposing the right answers. These are some questions that have guided the development of this manifesto.

The Global Poor are not so Poor

We believe that the global poor are lacking mostly in liquid capital, and that when their surprisingly significant existing capital is made liquid and fungible, that it will catalyze a wave of economic growth across the developing world that will enrich all humanity and effectively eradicate global poverty within 25 years.

We believe it is time to start fresh with a new trustless distributed-ledger-based currency and property registry system that recognizes the individual human being as the center of the system and the source of all value and legitimacy, that includes everyone, and that gets rent-seeking middlemen out of the picture so individuals can trade directly across and within nation-state borders, without artificial limits that benefit those with legacy nation-state power.

We believe that the blockchain is a viable tool to unify the fragmented ledgers of the global informal economy into a new, global freed marketplace where all can enjoy prosperity.

Some Blockchain-Based Systems are Better than Others

We believe that the most successful blockchain will be the one with the most participants who use it the most and understand it the best.

The Crypto Economy Must Grow

We believe that there is a great deal of urgency to bring new people into the crypto world in order to improve decentralization, adoption and the general utility of cryptocurrency systems. In fact, crypto’s freedom to continue growing is at stake.

The Best Goals are Absurd

Nobody ever achieved anything with modest goals. We need to grow and we need to do it now. 10x thinking is where this project is at. Some of our goals include:

We believe adoption can happen a lot faster than many think but only if we think big, think selflessly, design smart systems and take big risks.

We believe that good people must step forward and create new trustless money and ledger systems to realize a vision of humanity that includes everyone in a borderless, freed global marketplace where poverty is a thing of the past.

Want to talk? We have a business plan and are seeking team members (particularly Android developers) and investors. Email me@georgedonnelly.com. 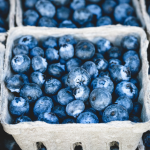 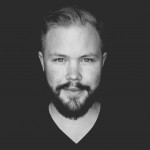 Written by
georgedonnelly
georgedonnelly
577
m
BizDev for Bitcoin Cash. @BitcoinCashsite @BCHLatam
8 months ago (Last updated: 4 months ago)
In community: BCHLatam(a81f)
Enjoyed this article?  Earn Bitcoin Cash by sharing it! Explain
...and you will also help the author collect more tips.