read.cash is a platform where you could earn money (total earned by users so far: $ 200,588.89). You could get tips for writing articles and comments, which are paid in Bitcoin Cash (BCH) cryptocurrency, which can be spent on the Internet or converted to your local money.

The erosion of the values of life

Written by
dark_spirit666
dark_spirit666
9
I am a thief to survive in life
1 week ago
In community: Share some thoughts (SST)(89db)
Topics: Religion, Humanity, Mind, Life

The thought of life is a subject that continues to be discussed by all human groups from all corners of the world except for those who no longer use their minds to think, maybe from the beginning of human life until now. The very basic problem of this life is "Why are we living? How should we live? And why we live ”. It could be that questions like that always come upon humans.

In essence, humans are creatures who are always looking for answers, this is what makes humans continue to be confronted by very essential and fundamental questions. Let's start with the initial problem, "Why are we alive?".

I believe that something we live in this world is for ourselves, for example, religion has taught us to continue to do good to others and in the end, the good we have done will affect us sooner or later and whether we realize it or not. I remember the story of a man who wanted to pursue religion in the early century AD, then he asked a Jewish wise man to seek answers through the holy book of the Torah, more or less the Jewish wise man (Rabbi) said: "Do to others what others want to do to you. , that is the essence of the Torah. Everything else is just figurative ”.

There is also a hadith which is in line with the above story, the Prophet Muhammad SAW in one of his hadiths said: "There is not a servant of faith until he loves his neighbour as he loves himself". It is not wise to consider literacy only literally textually, but universally, the biggest religion, namely Islam, teaches compassion for others as a condition for becoming a believer.

Of course, if we always do good to all creatures (especially humans), this will make other people happy and this is what will have an impact on us sooner or later and whether we realize it or not. This search for goodness is closely related to morality because it is not only an idea, morality is a matter of distinguishing humans from fauna. So, this search for goodness is a form of happiness for the heart.

The search for beauty in religion is a new measure that arises in my mind to give birth to happiness after reading Prof. Doctor Quraish Shihab in his work entitled "Knowledge of the Quran". In this work, especially in the chapter "Art", he describes the beauty very beautifully along with the arguments in the Koran. Before reading his work, it did not occur to me that religion pays attention to beauty to achieve happiness. It's hard to write down this size because I don't understand it, it's good that the reader immediately refers to the reference I wrote above.

One thing that is fundamental in the search for goodness, beauty, and truth to give birth to happiness is that there are no absolutes in the search for these 3 things. We cannot force goodness, truth, and happiness from our perspective on others. Because all absolute things belong to God, a kind of adage which reports "Perfection belongs only to God and negligence belongs only to man", based on this extraordinary adage we cannot claim that our opinion about all things is absolute for all.

It would not be hypocritical to claim that the main quest for man is money. All people are looking for money no matter the trick. But is it only money that can give us happiness? For me, happiness is in our minds, we are the ones who are obliged to form happiness itself without intervention that controls our happiness as humans feel today.

I think that currently, a few people who have set the standard of happiness are rich people who have lots of money, lots of cars, elegant houses and so on which are related to material abundance.

Is it true that happiness has a standard? Humans should think more deeply about this problem, maybe only a few people are aware of this problem, maybe only a few people who want to dig deeper into their thoughts about this subject because the majority of people are already immersed very deeply in a world full of deceit like happiness mortal produced by matter.

Worse yet, humans seem to have darkened their eyes by this mortal happiness, they only believe that one of the ways to be happy is the fulfilment of material needs that require a lot of money. Meanwhile, to be able to live, we only need a vision, perspective, and a board that meets the standard of worthiness. To live, we don't need to eat elegant food, have elegant clothes, and have an elegant house too. The fulfilment of elegant clothing, clothing, and boards is the fulfilment of the needs of passions that are very close to prestige and are not necessities for life.

There is a story about a teenager who is looking for meaning in his life and there are also many experiences in his life. But he didn't find happiness in his life either. This child is named Defal, he is a thinker who wants to feel happiness like his friends. He follows the way his friends get happiness in the wrong way. namely by consuming drugs. When Defal felt the pleasure of using drugs, he felt happy enough like flying, but that was only for a moment. Defal tries continuously and adds to the dosage of substances he usually consumes. At this stage, he thought whether something like this could be called happiness? Defal thinks that something like this is just like drowning in a circle that never ends because when the substance's effect wears off, he feels miserable, and finally, he decides to leave a vicious circle that only makes him happy for a moment.

How much money he spent when Defal fell into a vicious circle. Finally, he realized that this was not the happiness he was looking for. Then Defal returned to look for the happiness he dreamed of until he came to the free sex life. In this free sex life, he feels greater happiness than drunkenness, until he feels bored and realizes that this method is tantamount to using intoxicating substances. Sex only leads to momentary happiness. Defal thought again until he found that being happy with self-gratification would not arrive at the essence of happiness because humans will never be satisfied at any time.

Defal continues his search for happiness in the stories of great figures such as Socrates, Buddha, Jesus, and Muhammad. From this story, Defal gets the meaning that the happiness experienced by this person is not on self-gratification, but with a method of making others happy and he tries to make these extraordinary figures as examples.

After carrying out life to make others happy, he finds satisfaction and inner happiness, because he feels that the happiness of others is happiness for himself. When he sees other people happy, he is also happy and at this session, he feels this happiness continues especially without spending a lot of money. Defal feels happy to feel that kind of life even though he lives simply.

In conclusion, Defal thinks what is the trick to make his creator happy, he thinks that if he makes his fellow human beings happy he has felt extraordinary happiness, especially if he succeeds in making God happy? Unfortunately, death had picked him up before he created life to make his Lord happy. Before he died, Defal wrote that even though he had not succeeded in creating life to make his God happy, he felt that if His creatures were happy, God would be happy too, even though he did not believe this assumption.

This story can share the meaning that most people today are overcome by their passions so that people will not be satisfied just satisfying their desires. reason and conscience are also subject to lust, the impact is that the dynamics of life that prioritize prestige are the majority. It is not in the least worthy that a creature whose reason and conscience is defeated by lust is called a human being, it is almost no different from an animal which is only controlled by lust. Even animals only eat minimal food and do not hoard food like people I call human half-animals.

Such a lifestyle has killed morality, morality has become an utterly useless empty verbalism. Everyone is just pursuing material wealth, from students to law enforcement, all can be paid in cash. The world is getting more and more corrupt and humans who are supposed to take care of the world are even drunk with their creations, humans have been colonized by their creations.

I remember the famous poet from Lebanon, Kahlil Gibran once composed his verse something like this, "The wealth of the world lies in a loaf of bread and a robe". Bread and robes are depictions of simple people who do not have material abundance in Middle-Eastern countries, I interpret this verse that the essence of the world's happy wealth lies in material simplicity and a healthy mental condition.

In the condition of a lifestyle that emphasizes matter, it can be assumed that the psychological condition of humans is currently sick. Morality is no longer viewed and things that are contrary to humanity are considered normal. things like this happen because we have seen such sins too often and tolerated them, which over time has the impact of making these sins commonplace.

This world is sick, healthy humans who still want to use their minds are increasingly rare. If a sane person does not want to clash with sick people who are darkened by mortal happiness, then this world will be forever sick, even the value of life will increasingly degrade if this situation is not immediately addressed properly. It is the duty of sane people who still want to think to humanize even humans who are lower than animals. Wa Allahu A'lam. 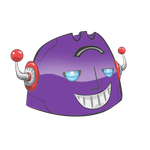 Written by
dark_spirit666
dark_spirit666
9
I am a thief to survive in life
1 week ago
In community: Share some thoughts (SST)(89db)
Topics: Religion, Humanity, Mind, Life
Enjoyed this article?  Earn Bitcoin Cash by sharing it! Explain
...and you will also help the author collect more tips.

The Land of Utopia: Dreams and Wishes
Interesting Book That Review the History of God
Philosophy Again