read.cash is a platform where you could earn money (total earned by users so far: $ 199,673.18). You could get tips for writing articles and comments, which are paid in Bitcoin Cash (BCH) cryptocurrency, which can be spent on the Internet or converted to your local money.

The True Value of Ethereum

Traditionally the value of a coin is measured in market capitalization, which is defined as:

"Market cap—or market capitalization—refers to the total value of all a company's shares of stock. It is calculated by multiplying the price of a stock by its total number of outstanding shares. For example, a company with 20 million shares selling at $50 a share would have a market cap of $1 billion."

According to that standard, ethereum has a current marketcap of 68 billion dollars (11/24/2020) which makes it the second largest cryptocurrency in the planet, however, I think that this assesment falls short of reality, and I think it underestimates the true value of ethereum, and at least informally we should fix this.

What You Get When You Build On Ethereum

The following are just a couple of benefits you get when you build in ethereum in my opinion.

Other blockchains have smart contracts that need the parent coin to run, however, if the coin needed to run the operations is barely on exchanges, the party sort of ends before it even starts, since people would be less inclined to jump to extra hoops to interact with your coin or project.

However ethereum-based projects don't have this issue.

Good ethereum blockchain developers know about solidity, they know how smart contracts are deployed, they know how to use the test net or build sidechains, and if some of them do not know this, they can easily find out the answer with tutorials online, that in the case of ethereum are plentiful and detailed.

If you build on a different chain all those benefits evaporate, and even the most mundane actions can be a source of confusion and/or technical mistakes.

Imagine that you build a compelling crypto token, you have solid features, a good use case and people interested, however, instead of building in ethereum you decided to deploy in prenterew, which would cause people interested in your project wonder how to create a wallet, if prenterew is secure enough, fast enough or if the code is robust, objections that with ethereum were already overcomed will be a source of frustration for you and your users, and the worst part is that the majority will just ignore your coin without even send you feedback about it.

The best part? if you build on ethereum, even if your coin is not that great, it will have better initial perception than a more robust coin built on another blockchain (at least initially)

Uniswap can send your coin to the moon rather easily, but you have even more than that, with several dexes persuading ethereum users to use their interface instead.

68 Billion Dollars is a high number, but it underestimates the difficult-to-measure value of the other things I mentioned here.

Alright, perhaps you are now more aware of the true value of ethereum, do you agree with my assesment or did I forgot something? Let me know in the comments below.

Note: I also know that ethereum is not perfect and many things are not optimal. :)

My favorite, I can upload PDF's, audio and video, and is decentralized, follow me there, and you also will get some free crypto. 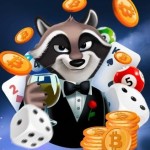 Sponsors of cryptolohy
empty
empty
Become a sponsor
Get sponsored