read.cash is a platform where you could earn money (total earned by users so far: $ 199,435.97). You could get tips for writing articles and comments, which are paid in Bitcoin Cash (BCH) cryptocurrency, which can be spent on the Internet or converted to your local money.

How Long Does it Take to Move On?

Have you been brokenhearted? Or have you tried being rejected by someone you really love? Maybe most of us already experienced this thing. Like for example, you liked someone and they like someone else. It hurts right? Or when two people committed with each other and the other one cheated. It's too painful. When a relationship ended because of misunderstanding. It will cause a heartache. When someone have been in a one-sided love. It will break their heart. Eventually, there are a lot of reasons of a broken heart. But, let us focus on getting a heartache in romance. Let us focus on being brokenhearted because of love, because of being rejected by someone we like, and because of being so madly in love but we ended up being broken and hurt in the end.

People fall in love in mysterious ways, they say. And it looks like everyone believes to that. It looks like everyone is blinded when it comes to love. Sometimes people fall in love with the unexpected person. Sometimes they fall in love with their best friends. There are different love stories. And there are love stories that never been in a happy ending. We can always read some stories about heartaches. We can always hear rants and cries from people because their hearts are broken. There are people around us, or closest to us that always needs our shoulder to cry on. And have you heard yourself giving an advice about giving up and moving on? I bet you have told it so many times especially to your friends.

But, how long does it really take to move on? They say that it's easy to tell a person to just move on, move forward, and get over it — but applying it wasn't that easy at all. Most of the time, we hear these broken people saying, "I don't want him/her anymore, I just want to move on", but later on you see them happy with that same person they swore they will not gonna be with. Then they will reason out, "I really love him/her". It really takes courage to step forward and move on especially when you really love the person. It really takes a lot of cries and sleepless nights before you realize it's done and you are done.

Some people give a lot of chances before giving up. Some are still doing everything to make their relationship work. Why? Because they don't want to let go of it. They don't want to be with somebody else. They don't see themselves loving a different person. They can't let go of the hand they have been holding on to even if it causes them pain. And just one powerful reason behind these sacrifices is, because they are so madly in love with the person they are with. It takes a lot before realizing that they need to give up, and when they did, it's time to face the more complicated process of moving on.

Moving on means letting go of the things that hurts you and opening your door to more opportunities. It means stepping forward or moving forward to your past. And it takes time to heal a broken heart. There is no specific time that will measure whether you have moved on or not. There is no timer for moving on. You just have to focus on becoming better without being with the person you let go and walked away from. No one will rush you to move on because you are the only person who can tell whether you have moved forward or not. You are the person dealing with moving on, so you know yourself better than anyone else. You know how capable are you of moving on and how long will it take for you to totally get through it.

Thank you so much for reading my article. I hope you share your idea about moving on. Or what is your opinion about how long it takes for someone to totally move on. 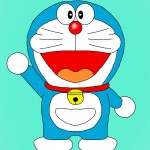 Written by
charmingcherry08
charmingcherry08
102
Hey, it's me Cherry. Feel free to read my articles.
1 month ago
In community: Open For All(cc80)
Topics: Write, Love, Reality, Relationship, Awareness, ...
Enjoyed this article?  Earn Bitcoin Cash by sharing it! Explain
...and you will also help the author collect more tips.

Financial Management: The System
Stages of Grief by Cancer Patients: Stage 1
The Best Part of My 2020