How is it more profitable to leverage BCH rather than BTC?

Today I encountered the above tweet in my Twitter notifications, which I think is something that people frequently ask themselves when considering "why would supporting BCH make sense for me, as opposed to BTC?"
I'm going to condense my rather long Twitter response, which spanned several followups, into a post here so it's easier to read.

A brief response to the "How is it more profitable" question

One thing to bear in mind that #BitcoinCash is trying to do what Bitcoin set out to do: be a peer to peer electronic CASH system. That means it fully intends to cater to small (and even micro) transactions on its chain.

People usually counter with "Bitcoin isn't meant for buying coffee", but that's not true according to its own inventor (Satoshi) who clearly described how small payments were a use case (readers are urged to look at the vending machine case described by Satoshi above and in [2, 3]).

So let's take a vending machine example. I might want to buy a chocolate bar or a can of lemonade. But hang on, as sender I have to pay the network fee for the transaction, unless the vendor pays it for me in some payment protocol dance.

Let's say the food item I want to acquire costs $2. Then I check what the network fee is. Today is a good day, relatively speaking, for BTC.

So we see that someone would need to pay a network fee of ~$0.42 currently. If the vendor doesn't have to pay it, he doesn't have to make his product so much more expensive, and he will make more profit than other vendors who do. Customers will also balk at such a high fee.

Let's remind that the network fees on BTC are very often much higher than that [4], if you want to get a reliably confirmation anytime soon.

It makes no sense for any customer to pay a dollar network fee surcharge on a purchase of a good sold for $1. BTC immediately loses its appeal.

But there is an even bigger problem. Even if the customer is stranded in the desert, and the vending machine that sells the $2 bottle of water is his last hope for survival... if he is out of luck, the BTC network will be congested due to small block size, and he will be entering an unpredictable fee lottery in which he can only bid, in the style of a blind auction where he is not assured of having his transaction confirmed in a reasonable amount of time. The problem should be obvious. It is to merchants.

In such a scenario (such as occurred e.g. in December 2017) the required fees to get a reasonable confirmation on BTC rise exponentially, until the fees even exceed the small amounts ("unspent outputs") that some people hold in their wallets, making their coins unspendable.

But even if they are spendable, the congestion makes payment confirmation too unpredictable and then BTC fails hard to be of any use as cash. While BCH, which strives to always keep spare network capacity, can assure quick processing and at a low fee, even to the point where merchants can have decent confidence that, if they take a few reasonable precautions, they can accept payment for small goods with zero confirmation [5], knowing that the payment will be soon accepted (if not in the next block, then the following one or such).

This is what enables high-volume electronic commerce - lots of transactions at high frequency - what Bitcoin was designed for. The queue at the vending machine stays small. Come, pay and depart as happy customer.

If you liked this article and would like to see me write more, please consider using the "Sponsorship" functionality of this site to become a sponsor (even small amounts are bigly appreciated!) 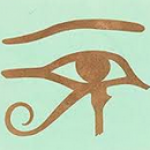 Written by btcfork
82
m
Bitcoin has forked to preserve its quality as "peer-to-peer electronic cash". Forking is a... [more]
4 months ago
Topics: Bitcoin Cash, Cryptocurrency, Bitcoin, Economics
In communities: Bitcoin Cash (e11c)
Enjoyed this article?  Earn Bitcoin Cash by sharing it! Explain
...and you will also help the author collect more tips.