The agencies of social control in the society of Bangladesh.

Written by
aminul
aminul
625
m
Photography is my passion
2 days ago (Last updated: 1 day ago)
In community: Open For All(cc80)

Humans are social creatures. As a member of society, each person has certain roles and responsibilities. Since most of the people living in society follow social rules and regulations, it is possible to maintain social balance or social cohesion. But individuals are not always governed by social norms or behave rationally all the time. As a result, society imposes restrictions on the individual and forces him to behave in a certain process. Sociologists call this process of controlling the people living in society as social control. Social control is a process by which society forces a person to behave according to socially accepted norms and make him fit to live in society.

Family: As the primary institution of society, the family has an important role in social control. Family norms, values, ethics, way of life, customs, etc. make a lasting impression on the child's mind, and the experience of growing up in a family environment as he grows up also affects his social life. According to Bangladesh, in developing countries where family ties are still very strong, the family can play the most important role as a means of social control.

Education: Education is another important means of social control. Education teaches people to differentiate between right and wrong, between good and evil, and to make them aware of their family and social values. As a result, human social behaviors, customs, and society are formed in the desired way.

Religion: Religion plays an important role in social control. Every religion has a universal appeal that encourages people to move forward on the path of justice and to stay away from injustice. Almost all the religions prevalent in the world have given the idea of ​​eternal happiness in the hereafter through deeds in this world. At the same time, the punishment for evil deeds is also described. As a result, the expectation of happiness in the hereafter and the fear of punishment in many cases motivate people to behave in a controlled manner. In Bangladesh, religion plays an important role as a means of social control, regardless of rural or urban areas.

Marriage: As an important social institution, marriage can control a lot of people's social life. Sexual instincts and the desire to have children and emotional behavior can be controlled through marriage. As a result, balance is maintained in society.

Folkways and Mores: Each society develops its code of conduct while living in an organized manner. This is the general practice of behavior. In many cases, one has to face condemnation in society if one does not follow the law. On the other hand, when folkways are recognized as observable in society, they become mores. Ethical principles of tribal and social life, that is, law and order, affect the social life of the people to a great extent. By which human social behavior is regulated.

Rites and Rituals: The role of rituals as a means of social control is no less important. From birth, people live through festivals and ceremonies. Festivals - ceremonies are held through a set of rituals, which gives people a respect for those customs, which affect their behavior and stimulate social cohesion with everyone else.

Publicity and Advertising: In the present age, publicity and advertising have become one of the tools of social control. For example, it can be said that family planning, drug addiction, various forms of advertisement, and propaganda about violence against women have a huge impact on society. People are made aware of this and are inspired to live in the desired way in society.

Personality: Leadership and personality in society is considered as one of the other means of social control. The ideal local personality of the society and trustworthy political leadership, virtuous teachers, etc. can have important and far-reaching impacts on social control. Learning from the life philosophy of these people, people guide their behavior in a way that is conducive to social control.

State and law: In the early stages of social life, legal laws were not introduced, but later in the interest of a fair social life, the legal system was introduced in the society. In enacting and enforcing the law, the government has a law, justice, and governance department through which the state provides punishment for violators in the interest of running a fair country, which is conducive to social control. 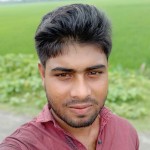 Written by
aminul
aminul
625
m
Photography is my passion
2 days ago (Last updated: 1 day ago)
In community: Open For All(cc80)
Enjoyed this article?  Earn Bitcoin Cash by sharing it! Explain
...and you will also help the author collect more tips.

Superstition is a major obstacle in the way of independent thinking and creative activities.
Get sponsorship (Giveaway)
Inhuman people are like animals.