I Think I Made The Best Hip Hop Crypto Song Tell Me What You Think!!

A good friend of mine sent me the link to this site. He knows that I have been grinding with my music for a long while now. Anyone who is an artist can agree that there isn't much support for an independent artist these days. Unless he has some type of connections or access to money. I know you are asking yourself "Where is this best Crypto song ever?" The song is in the video and soundcloud links below. Just in case you wanna skip the boring formalities that come with intro posts.

I am from New York. Buffalo to be exact. It snows a lot here in Buffalo. Sometimes it snows ALOT! Been living here for about 10 years now and not much has changed. The Bills suck and so does The Sabres (dont know if I spelled that right dont care that much). Best thing we have out here is a local rap group who recently signed a management deal with Jay-Z. Now that's big time!!!! Not sure how many Hip Hop fans are on Read Cash. If you guys are here lurking in the shadows it's okay TallyHood is HERE!!!!

I'm pretty sure some of you may think I am a crypto noob but I'm not. I have been involved with crypto ever since Sealswithclubs back in 2013. I remember staying up late nights playing poker. In those days Bitcoin was only a couple hundred dollars maybe less. I never could have imagined that BTC would be where it's at today. Obviously I lost any Bitcoin I ever gambled so eventually I plugged up the hole in my Levi leather wallet and moved on.

Then in 2017 I dove head first back into crypto trying to find the best platform. In my internet travels I discovered Steemit. I am sure many of you here have heard of the place. I did pretty good over there. I still use the site till this day. These days are quite interesting with TRON at the gates ready to do who knows what to the Steem blockchain. I had some very good times over at Steemit. I don't think that chapter is done.

I was also there for the infamous Bitcoin Cash Fork. Ready with my 0.0000034 BTC. Okay I had a little more than that but not much. It was cool getting in on history. Many say that Bitcoin Cash is the one true Bitcoin. I guess time will tell!!!

I grew up in Brooklyn New York up until I graduated High school. I've worked all types of dead end jobs in my lifetime and it makes me regret not finishing college before I had my 3 kids. I guess you live and you learn. In my case there are no do overs. Crypto seems to be the only pension plan I have at the moment. I'm not sure if that's a good thing or a scary one. I invest here and there and try to hold as much crypto as I can. Who knows one day I might buy a house with my crypto savings. I have seen people purchase even bigger things.

I been making hip hop music for 20 years. I released am album last year which anyone can download and stream for free on Band CampCamp. Just look up TallyHood. The album is called "Once Upon A Hood".

I entered and won a song competition where we had to remake certain songs. It was pretty wild winning first place!!!! The video below is me rapping it minutes after I wrote it. The soundcloud link is the song recorded in a professional studio.

Let me know what you think in the comments!!! 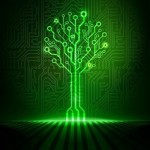 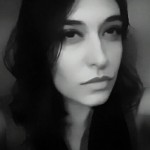