Crypto funding crisis: Are some coins destined to die?

Written by NaomiBrockwell
35
m
NBTV is a channel focused on technology, blockchain, and their cultural impact. I share pr... [more]
1 month ago

Is BCH going to be the next in a line of coins that die from lack of care? There seems to be a funding crisis, but this isn’t an issue that’s just affecting Bitcoin Cash. We see it across the crypto space and in the open source world at large. In crypto we’ve seen different projects experimenting with all different funding solutions. What can we learn from those that have succeeded and failed?

Many projects just rely on developers donating their time voluntarily. But if you’re just asking a developer to volunteer their time, you’re actually asking them to donate hundreds of thousands of dollars a year. Actual money doesn’t change hands, but the reality is there’s a HUGE opportunity cost for these developers to give their time to a project.

By comparison it has been very beneficial for projects like Zcash to have a founders reward. Zcash community members like Minezcash, remark that the founders reward was absolutely necessary to get Zcash off the ground, but the sunsetting was the best part of it, because it allowed the community to evaluate the project down the track and potentially change direction if needed.

Meanwhile Dash has a successful Dao that is operational and distributes earmarked funds according to community consensus.

Recently a new funding plan was proposed for BCH: the CEO of one of the largest mining pools on Bitcoin Cash released a proposal to use 12.5% of BCH miner rewards to support Bitcoin Cash infrastructure. This would sunset after 6 months, and would go towards critical infrastructure development, and the idea is that this development needs to be done now because they anticipate an upcoming bull market and want to make sure the chain is ready. In order to make sure the whole community does this and there’s no tragedy of the commons, miners will orphan BCH blocks that do not follow the plan.

The plan was received largely with hostility in the West and with support in the East, but it has kickstarted a lot of conversation about alternative funding plans, and this discussion is critical for BCH.

I personally think that we might see the coins with inbuilt funding models outcompete other coins that aren’t large enough to attract an open source stakeholder model. But whichever direction the community chooses, it’s important they do come together and choose. Cohesion is needed around a plan for BCH sustainability, otherwise we may see a sunset on BCH also.

I fund my channel entirely with community support.You will find my cryptocurrency addresses and social media pages at: 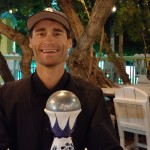 Written by NaomiBrockwell
35
m
NBTV is a channel focused on technology, blockchain, and their cultural impact. I share pr... [more]
1 month ago
Enjoyed this article?  Earn Bitcoin Cash by sharing it! Explain
...and you will also help the author collect more tips.