read.cash is a platform where you could earn money (total earned by users so far: $ 195,067.64). You could get tips for writing articles and comments, which are paid in Bitcoin Cash (BCH) cryptocurrency, which can be spent on the Internet or converted to your local money.

8 most effective techniques to resolve conflict. Say no to conflict!

The opposite side of peace is conflict. Conflict may be obvious but if we want we can solve it with a little effort.

While reading Peace and Conflict Studies, I have come to know some effective ways of resolving conflict.

I am highlighting them in this article. From now you will know how to solve conflict with some very little but effective efforts.

So let's see how peace can be established in the society by resolving the conflict.

The most widely used method of conflict management is to try to resolve the conflict through arbitration. Usually, if there is a conflict between an individual or a group, arbitration is held in the presence of both parties through a judicial system.

The judicial panel hear everything and after hearing from two sides give its verdict and this is the end of any kind of conflict. An effective way to settle a dispute between two parties is to set up an arbitrator.

There are some people around us who always want to achieve their own interests by creating a conflict situation. Avoiding these people or these groups and this can be an effective way to resolve conflict.

Because if you don't give them a chance, they will never be able to create conflict between you and the other people or other groups.So a relatively weak person should never go into conflict with such people. One must refrain from an environment in which conflict can arise easily.

When a conflict-ridden environment is created between two individuals or states, the most effective way may be to try to resolve the conflict through a strong third party where neither side will be harmed or benefitted.

Any kind of peace attempts should be made. Attempts are made to keep both sides away from conflicting situation.

Attempts are made to keep the two sides out of a state of war or conflict. In the same way, when such a conflict arises between two people, the role of an effective third party becomes most useful. However, in this case, the responsibility of the third party is paramount.

Conflict between two parties arises when two parties compete over an issue. One of the reasons for the conflict is the competition. That is, both parties fight over that issue.

So if both parties are interested in the subject of such a competition. Then we have to make arrangements to reduce that competition. Either the issue can be shared equally between the two parties or the competition should be stopped or reduced.

When there is a conflict between two parties, such as individuals, groups or states, one of the most effective ways to resolve it is to negotiate and resolve the conflict through compromise.

Even if it is in the interest, always try not to get involved in the conflict or war so that any kind of solution can be found through discussion.This is one of the most effective.

In the case of discussion, you have to completely eliminate your ego or egoism. Because in the end the profit is yours. Nothing is obtained by conflict.

If there is a conflict between the two parties, the reasons for the conflict must be investigated within a certain period of time and it must be neutral. For this, the help of a third party can be taken.

Once the results are in place, an ongoing conflict can be resolved by the two sides acting accordingly.

As I have said before, since the two sides in a conflict are always busy with each other, neither of the two sides can make a calculation about the loss.

So if you see two people involved in such a conflict, you must come forward and try to resolve it. Sometimes an ongoing conflict can only be resolved with the intervention of a third party

These are the best conflict resolving issues you can use it in your everyday life. You'll be amazed knowing that, some these methods are used by global leaders too.

Let's not engage in any kind of conflict rather let's resolve conflict and set peace in society! 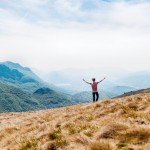 Written by
Musso
Musso
68
Digital drawing and content creator
1 month ago
In community: Open For All(cc80)
Topics: Life, Writing, Society
Enjoyed this article?  Earn Bitcoin Cash by sharing it! Explain
...and you will also help the author collect more tips.

Why read.cash is better than facebook?
How my brother's phone was stolen and the lessons I learned
I received a fake call! Truecaller app and a victim's suggestions