Words are Power - But only if you Have Something to Say

Words can both clarify and confuse, both reveal the truth and blot it out.

Clear words should be like diamonds: carry weight while not being unduly voluminous; reflect enlightenment through every facet; and, if made sharp, cut with surgical precision through any material.

Deceptive words, however, can knit a web of obscurity so tight that what dwells behind them remains a mystery forever.

Words carry power, more than anything else. Swedish author, playwright, painter, and universalist August Strindberg wrote: "You have the power, I have the word, I have the word in my power." These words were laid in the mouth of Loki, but Strindberg himself had a long-time quarrel with the Swedish king, a situation that made him choose a long exile. His weapon was the pen. Today, when both Strindberg and king Oscar II are dead since more than a century, who do you think was the most powerful of them? Strindberg's words carry as much weight as ever, while there is no residual influence at all from king Oscar.

Political power is momentaneous, it lasts one or two breaths of history, then it is gone. Written words remain, and their influence sometimes spans millennia. What is the power of emperors or kings, compared to that of the words of Plato or Confucius, or of books as the Vedas, the Qur'an, or the Bible?

As leaves in the wind compared to blocks of stone.

If you want power and influence, do not go for politics, where you will just be the already mentioned leaf in the wind. Go for writing; learn to express yourself in clear prose. There dwells the real power. But good writing is not all; there is one thing that is even more important: you must have something substantial to say. That requires clear thinking, unfortunately a very rare commodity.

As T.S. Eliot said: "Some editors are failed writers, but so are most writers."

They have nothing to say, no substance in their writing - or in their thinking! It would be hard not to agree with what George Eliot wrote in “Impressions of Theophrastus Such”: "Blessed is the man who having nothing to say, abstains from giving us wordy evidence of the fact."

(This text is a re-edited extract from a longer article previously published in Meriondho Leo.) Copyright © 2020 Meleonymica/Mictorrani. All Rights Reserved. 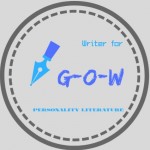 The Master of the Macabre
Paracetamol (Acetaminophen): A Warning
Oops, she was ugly! How art can influence language.
About us Rules What is Bitcoin Cash? Roadmap Affiliate program Get sponsored Self-host
hello@read.cash (PGP key) Reddit