I have previously written here about using a pseudonym. One very successful case of applied pseudonymity and secrecy is Satoshi Nakamoto, the creator of Bitcoin, the first cryptocurrency. He managed to cover his tracks so well that it is impossible to find the person behind the name. But he is not the first one, it has happened before.

Unless you are a fan of ukiyo-e, a Japanese art style, commonly associated with woodblock prints, you have probably never heard about Sharaku, one of the most remarkable artists in the history of art. He not only managed to keep his identity a secret, it is still unknown who he was, but he was active for only 10 months in 1794 and 1795, and during these 10 months he presented a unique style, one that influenced subsequent ukiyo-e but was never imitated. With a rough, brutal realism, he almost caricatured the kabuki actors (kabuki is a Japanese theatre form) he portrayed, and he managed to depict both the actor and the role, like a double personality, in a powerful and expressive manner. Yet many of his prints are almost ugly. But that is the style, there is so much strength, energy and character in them that they don't have to be beautiful.

(The print above shows Bandô Mitsugorô II as Ishii Genzô in the Play Hana Ayame Bunroku Soga. It is from 1794.)

Sharaku's contemporaries did not like his pictures. Where they too realistic, perhaps? After all, the kabuki actors, the superstars of the time, used to be idealised, not caricatured. The greatness of Sharaku has been discovered only in posterity.

But who was Tōshūsai Sharaku? Was he an eccentric genius whose creativity exploded during 10 months but did not last? Or was he one of the other well-known great masters, who tried an experiment in style under another pseudonym?

The latter is not as far-fetched as it sounds. Most ukiyo-e artists worked under a signature or pseudonym, and many of them changed pseudonyms many times during their active life. Also remember that Sharaku's prints were not liked by his contemporaries, perhaps the experiment in style was deemed a failure and for that reason quickly wound up?

(Here we have Ichikawa Omezô as the Manservant Ippei. A print from 1794.)

Anyway, there has been much speculation about Sharaku's identity. One theory is that it was Hokusai. Other theories point at other people. But we will never know.

Sharaku's works include a few prints of sumo wrestlers and warriors, but the vast majority of his approximately 140 different pictures are yakusha-e, portraits of kabuki actors.

If you collect Japanese woodblock prints, you probably know that Sharaku's prints are among the most valuable ones. This is partly due to his small production.

You can see two of his absolutely greatest works on Ukiyo-e-of-the-Week.

(This article is based on material previously published in Meriondho Leo.)

(If you liked this, please consider leaving a tip, either here or via CoinTr.ee)

More about Japanese Art: The Master of the Macabre, Oops, she was ugly! How art can influence language and Three Masters of Bijinga. 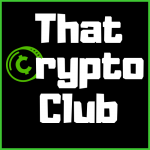