Let's talk about cryptocurrencies and their Environmental Impact. The great energy consumption!!

Article written by me

Bitcoin needs to consume energy to sustain itself. This necessarily involves cryptocurrencies in the discussion about environmental impact. The practice of cryptocurrency mining requires vast amounts of electrical current to power the thousands of connected computers that are running simultaneous calculations. New currencies are the reward for the first to complete the calculation. Afterwards, the transactions are confirmed and recorded in the public register of the cryptocurrencies, or Blockchain. More opportunities will have to win Bitcoin who more power is investing in it, it is for this reason that the system consumes so much energy.

However, there are many countries that spend much less energy than Bitcoin. Bitcoin mining now consumes potentially more electricity than almost 10% of the world's people and there are 66 countries whose electricity consumption per capita is less than what is needed to mine 1 Bitcoin. However, in the last 10 years, Bitcoin mining has used as much energy as used by cars in the US in 3 or 4 days.

Although the total hashrate can be calculated, it is impossible to determine what this means in terms of energy consumption, since there is no central register with all active machines and their exact power consumption. The numbers provided are estimates.

In addition, it is only talking about the energy used for mining, however, for a user to buy Bitcoin, it necessarily requires being connected to sources of electricity. The energy used by Bitcoin traders and users.

China is the country that consumes the most electricity in the world: It spends approximately 6,310 TWh per year per year, this represents almost 30% of the world's electricity consumption. Last week, China published a statement about the measures that are being taken to reduce the environmental impact and within this agenda mining activities (the production of a virtual currency like Bitcoin) are mentioned as harmful to the environment, to the extent that it is considering banning the mining of Bitcoin in the Asian giant.

It is estimated that 70% of Bitcoin mining worldwide occurs in China. In addition, the most common way to obtain energy in China is through coal, a highly polluting fossil fuel. In itself the Chinese authorities have been skeptical about the use of Bitcoin repeatedly. The ban on Bitcoin mining in China could shake the industry.

Other similar cases have arisen around the world. For example, last year, in Alberta, Canada, the community surrounding a Bitcoin mining farm filed complaints with the local mayor's office, claiming that the mining farm uses the same amount of energy used in the entire town, called Medicine Hat

The way the bitcoin algorithm works is designed to spend as much electricity as possible. And the more popular bitcoin becomes, the more electricity it spends, ”said Keith Stewart, spokeswoman for Greenpeace.
The Norwegian authorities have acted on the same line. The Nordic country has implemented a plan to reduce taxes on electricity, however, it excludes the cryptocurrency mining industry from this benefit. Thus, Norway puts an end to cheap electricity for the mining sector, which depends on the energy to operate.

I feel that each of the people who make life and work with cryptocurrencies should ask each day this question:

How can the development of cryptocurrencies and Bitcoin continue without representing damage to the environment? 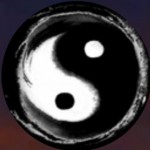 Bitcoin Cash prepared to get more benefits above $ 400
Venezuela 3 days after the coronavirus was detected: 17 infected,panic, prices rise and Quarantine.
ARQUIDAMIA (Arqui) token, A Wonderful SLP Token. You can Buy and Sell it or claim it for free.
About us Rules What is Bitcoin Cash? Roadmap Affiliate program Get sponsored Self-host
hello@read.cash (PGP key) Reddit