Things you should know about the currency Ethereum

Ethereum (ether) ... a currency among the top ten digital currencies in the cryptocurrency market, has flourished significantly in recent times, and was able to compete with Bitcoin at the top of the electronic currency ranking, but until this moment it is still in second place.

Ethereum is a system of smart contracts, which differs from traditional contracts in that it is without a broker, and during our study of this we will try to explain everything that revolves around Ethereum, in terms of its meaning, its current price, its trading volume, and its competitors in the market.

Ethereum is considered a decentralized system, it can be like a giant computer that works continuously without stopping, that no one can access it because of its very strong and strict monitoring system, it is just devices linked to each other through this smart system to form the Ethereum system, and that It is done through a group of applications that execute a number of orders as called a smart contract.

Ethereum is the product of the cooperation of about 500 companies working in various fields of technology, who gathered together to discuss the consolidation of strength and unify it in the development of the Ethereum network. Ethereum is not a currency but a system, and its digital currency is “ether”, and the currency is a public open source platform based on a chain The “blockchain” blocks, and performs a smart contract function that facilitates the conclusion of a contract on the Internet that mimics, in fact, traditional contracts, while providing an element of security and trust.

The beginning of Ethereum

At the end of 2013, programmer Vitalik Buterin proposed an electronic system called Ethereum and a digital currency called “Ether”, and the currency was funded and developed by online audiences in mid-2014.

The platform went live on July 30, 2015, and developers have always tried to look for a way to differentiate between Ethereum and Bitcoin, and they made an exclusive coin with features that stand out in the market.

Ethereum makes smart contracts easy to create, which is self-implementing code that developers can use in a wide range of applications.

The project is considered one of the most successful crowdfunding projects, as the team has succeeded in raising more than 18 million dollars, and the smart contract platform that continues to develop to this day has been issued, to become a complete system from hundreds of developers, and it has attracted the attention of many giants such as Microsoft and IBM.\

As we mentioned in the past that Ethereum is a decentralized system based on a database, which is the blockchain, which is also made up of several computers connected to each other around the world, using some applications through which many orders are executed on them according to smart contracts, which are information protocols that simulate the conclusion Traditional contracts that require conditions and requirements for their execution without the need for a specific authority or entity controlling its operations.

This is done by very complex and difficult algorithms that guarantee security and not be tampered with, but despite all this, during the past months it has been subjected to hacking operations on the basis of which 50 million dollars were stolen, which led to a 30% decline in its value before the platform was modified and its protection strengthened. again.

Every programmer working in the Ethereum system has a valuable supportive force that helps him in creating a smart contract. Blockchain just like it happens with Bitcoin.

From this point of view, the digital currency Ether and its symbol, ETH, appeared, to occupy the second place in terms of strength and market value after Bitcoin.

Difference in ability and goal.

Bitcoin provides a single application of blockchain technology, through which Bitcoin is paid online, unlike Ethereum, which focuses its technology on running programming code from any decentralized application.

Bitcoin is a limited flag, meaning that after extracting 21 million Bitcoins in 2040, no new currency will be extracted from Bitcoin, unlike ether, which has no one, as the supply of it is affected by the coin makers themselves.

Ethereum is faster than Bitcoin, in Bitcoin it takes about 10 minutes to complete the transaction, and in the case of Ethereum, it won't take more than about 15 seconds.

Bitcoin emerged with the single purpose of digital currency, while Ether originated as a currency for the Ethereum platform.

The Ethereum system is recognized by many international bodies, including Microsoft, Intel, GBMorgan, as well as more than 86 major economic financial institutions in the world that recognize the Ethereum system.

Several companies have entered into understandings and partnerships with the Enterprise Ethereum Alliance, which is a great proof of recognition of the Ethereum system as well as the ether coin.

Ripple is considered to be the strongest competitor for the ether currency, as Ripple is in third place in terms of the market value of digital currencies, and Ether wants to crowd out the lead with Bitcoin, the "mother currency in the digital currency market", by adding many advantages of the currency, However, it is still in second place so far behind Bitcoin.

Ether has created a good position for it with investors, after presenting many of its advantages, whether in trading through it or using it in various payment methods, which made it reach the second place, which of course currently wants to reach the first position in this market, and this will only come from During the hard work on this currency, or in the event that Bitcoin falls and collapses, this is considered difficult. 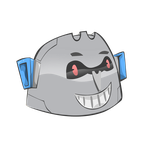 Written by
Kareemramzy
Kareemramzy
17
Writer interested in everything related to digital currencie
3 weeks ago
Enjoyed this article?  Earn Bitcoin Cash by sharing it! Explain
...and you will also help the author collect more tips.