What's good Superheroes. Another day another chance to improve ourselves in what we like most. In my case, it's pretty much clear that I like-love-enjoy learning new languages; Especially English which has allowed me to thrive in some way throughout my life, you see, communication is an underrated yet quite useful asset we all need to perform better during our everyday activities, so instead of beholding that big barrier and getting frustrated, why don't we just climb it together? It's a good start; Besides, you're not alone!

A couple of days ago we took a different look about The Indefinite Article. In case any of you missed this valuable lesson, feel free to check it out here, so you can be updated as on time for the present lesson.

Today's lesson is about The Definite Article, grammar structure, and usages. Time is the most valuable asset, don't you think? Let's not waste any and get started.

The definite article is a word which we use to indicate if someone or something is specific, in other words, the speaker knows exactly about what person or object is talking about and also may hint that the listener knows about it as well. It is represented by the word "The" and it's a word we use a lot in English. We can use this article with both singular and plural nouns.

For the purposes of this lesson, we are going to use the basic grammar structure:

Basic uses.
If you are talking about a noun, and that noun is already mentioned in the conversation it means we're not speaking about a thing or a person in general; The speaker and the listener probably know what they're talking about, therefore we must use the definite article "The"

Notice on the first example how we use the indefinite article "a" to refer to the noun "coffee" for the first time and then we use "The" on the next sentence because both speaker and listener must know already that it's not any coffee they're talking about, it's clearly a specific coffee.

When we describe a noun using superlative adjectives, we refer to that person, object, or thing as "The" most of that type or kind in qualities, features etc... in a positive or negative manner. By doing so, we give the noun a unique standard that crystal clear highlights its specificity.

When we use words that describe (adjectives) a group of nouns we must use "The" as article.

When to avoid "The" before a noun.

One of the main rules when using "the" is that we use it when we speak about specific nouns; Things, or people which are recognized by both speaker and listener, hence, we should not use the when we speak about subjects in a general sense, for that we can use the Indefinite Articles as stated on our very first lesson or just avoid any of them depending on the situation.

In situations related to meals, sports activities, or topics of study.

Notice it sounds more natural when we don't use "the" with these nouns related to such topics.

With proper nouns that represent people, businesses, places such as cities, countries, languages, among others.

There are some exceptions for these rules (avoiding "the" before nouns) Let's take a look!

As you can observe, these nouns have some particular details. Some of them are countries which represent states, republics, or even kingdoms. There are some others which represent Geographical features.

I guess this is not hard for you to identify either. What do these nouns represent? Yes, you just got it. They are newspapers, recognizable buildings, and families.

There are also some combined categories where we can either use "the" or don't but that's for another lesson.

On the next chapter we're going to practice a bit with some exercises in order to see if you fully understood the lessons and to correct mistakes.

About upcoming posts and final thoughts.

First of all, Thank you! for getting up until this point, that means you were an honest reader and paid close attention to the lesson.

If you have any questions, something to add or correct, or whatever information you need about the lessons, please feel free to ask on the comments. You can also reach me out on Discord (jonsnow1983#6946) or Twitter https://twitter.com/TheRealSnowJon

If you enjoyed this lesson please help my cause and support it with an upvote so more people would have the chance to learn more in-depth about this beautiful and important language. 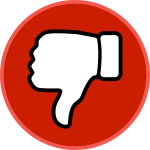 Written by JonSnow
2
The King In The North Of My Bedroom
1 month ago
Topics: Education, Language, english, self-education, grammar, read.cash, Community, life, Learning, Writing, venezuela
In communities: Learning English With Snow (30ba)
Enjoyed this article?  Earn Bitcoin Cash by sharing it! Explain
...and you will also help the author collect more tips.