This is an example of BMP protocol hashpower voting.

Obviously, with 0.0009% of BCH hashpower (24 TH/s) the vote outcome carries no weight. But the technical milestone achieved is a verifiable fact. And you can verify this beyond any doubt.

The most fun way is to run your own BMP server, but here we will do it manually.

The first byte 9d is the BMP protocol prefix.

The second byte 05 is the action: voting. To create a new poll.

The third byte 00 is the type of voting: explorative. It means that the result is not intended to be binding. The purpose of this vote is simply to discover information about the consensus.

The fourth byte 01 is the type of vote: one_option. It means, each vote will choose one option. In the future there will be preferential, multiple and other more advanced types of votes.

The fifth byte 05 in decimal is 5 and is the number of parameters of this poll.

The following bytes are the question of the voting. Decoded with hex2bin() is:
Do you support the new coinbase rule that redirects 8% of mining rewards to a specific address?

Now we must find the 5 additional parameters, in order to have the voting complete.

The second byte 06 is the action: voting_parameter. Is used for additional metadata associated with the voting.

The next byte 00 is the type of parameter: point. This is a text that is part of the question statement, in the form of numbered points.

The next byte 01 is the point order. Specifies the order in which the numbered points should be presented.

The following bytes is the text of the point. Decoded with hex2bin() is:
The specific address is: pqnqv9lt7e5vjyp0w88zf2af0l92l8rxdgnlxww

There are two more parameters of the same type, which you will find here and here.

The voting action says it has 5 parameters. We have verified 3. Two more to go.

The first byte 9d is the BMP protocol prefix.

The second byte 06 is the action: voting_parameter.

The next 32 bytes is the hash of the voting transaction.

The next byte 01 is the type of parameter: option. This is a text that is part of the question statement, in the form of numbered points.

The next byte 01 is the option order. Specifies the order in which the point should be presented in the vote selector.

The following bytes 596573 is the text of the option. Decoded is: Yes

This is the last parameter, which is processed in the same way. It is the No option.

Thus, voting is completely created. It was created with this clean web interface.

The second byte 04 is the action: vote. These are the votes. Valid when included in a block while the vote is open.

The next 32 bytes are the voting hash transaction.

The next byte 01 is the type of vote: one_election. In the future, other elements and concepts can be voted. For example, chat messages.

This is the second vote. And it is processed in the same way.

When the voting is closed, the voting result is computed by adding up the hashpower of each option. The option with the most hashpower is the winner.

In the first vote, the input and output include the same address:
bitcoincash:qpjf08mqnw5g2v4y9yta50s3exek3yp6fcwddtteak

It is the author of the vote.

This is a coinbase transaction. It is very special. Only a miner can do this. It is the first transaction of the block. This transaction has no inputs. It receives the fees and the block reward. This is how all Bitcoins originated.

The coinbase transaction includes multiple output addresses. Miners. The address of the first vote, ending in FeYT, is included.

Then, if FeYT received 0.7% of the block incentive, proportionally the BMP calculates its hashpower at 18 PH/s. This signaling method, called power_by_value, is by default and it is compatible with all blocks. There are two more sophisticated methods of signaling that I will explain on another article.

The BMP block_window is the last 4032 blocks for hashpower calculation. Then, when the voting was close, it counted the hashpower of each miner, between 652951 close_block - block_window and 656983 close_block.

The BMP calculates the proportional hashpower and adds it all up. It does the same with the second participant. And since they have voted the same, it totals it, resulting in the 24 TH/s for the No option.

This new context is processed with this piece of PHP code. On every block. 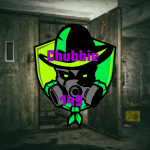 Written by
JavierGonzalez
JavierGonzalez
140
1 week ago
Enjoyed this article?  Earn Bitcoin Cash by sharing it! Explain
...and you will also help the author collect more tips.