read.cash is a platform where you could earn money (total earned by users so far: $ 194,926.22). You could get tips for writing articles and comments, which are paid in Bitcoin Cash (BCH) cryptocurrency, which can be spent on the Internet or converted to your local money.

The information provided on this article are only from an amateur view, and should not be used as a conclusion or judgement on the subject of this discuss.

Following the upgrade proposal on the Bitcoin Cash Difficulty Adjustment Algorithm (DAA) by lead developer Bitcoin ABC, Amaury Sechet, which was detailing written by @georgedonnelly here and translated to Germans language by @Telesfor here and several other languages. The Bitcoin cash community is up for a tough time that might lead to a lot of unwanted situation to this crypto currency called Bitcoin Cash BCH that we all cherished.

Since the announcement was made of the upgrade proposal, discussions concerning the Bitcoin cash DAA has course a serious debate among Bitcoin cash proponents and stakeholders. @georgedonnelly article revealed that the intention of Amaury Sechet was to fork away BCH for the creation of his coin which may be refer here as "Amaury coin". For this, Bitcoin cash proponents and stakeholders were advice to keep an eye on Amaury Sechet. But it seems we might have to look farther than that, based on the current situation on ground.

"I am considering building a new Bitcoin fork inherited from BCH called Bitcoin Cat. It’s a temporary name. Cats are cute and harmless, so they won’t have a war".

Haipo Yang stated on his recent tweet that BCH need real leaders and that everyone who has love Bitcoin cash is welcome to join him and build CAT. On August 6, Haipo Yang dropped a more controversial tweets that made the Bitcoin Cat and the Bitcoin cash fork just more than an idea. According to him now is the time to make Bitcoin cash great again. His tweets reads

“If Bitcoin Cash removes the unspent transactions outputs UTXOs that never move since the fork, we can double the block reward and fund the foundation without the IFP and without breaking the 21M limit".

Should Haipo Yang's idea be implemented, Bitcoin Cat will be a third or even a fourth fork on Bitcoin cash BCH, and this is likely to be born on November 15 according to source.

Unlike Amaury Sechet that we can not tell where exactly he is heading, Haipo Yang's Bitcoin Cat fork away is a finalized idea. Haipo Yang proposed that the Bitcoin Cat will have a number of differences than BCH and other blockchains as well. He said that smart contracts will be important and the basic script operations on Bitcoin are insufficient. Also he thinks the mining algorithm should be further modified to be more ASIC-friendly in the future.

This is indeed tough time for Bitcoin Cash community ecosystem. A great time of uncertainty among Bitcoin Cash holders and users. Should oppositions prevail on Amaury Sechet proposals then a fork away for his coin is eminent through ABC. Amaury Sechet calculation is that Bitcoin Cash Node BCHN must acknowledge blocks originating from ABC, and not the other way around. What this means is that, should the BCHN has more hash than ABC going forward to November 15, an Amaury Sechet fork is inevitable. More worrisome is that should this split takes place, the BCHN chain might be cleared out if the BCH chain become longer than the BCHN chain after the split. Amaury Sechet is very uptimistic about this as he clearly stated on a meeting with Cointelegraph, that there is no way any trade in their correct brain will list an Asset that face a clear out. His position is that oppositions might be forced to execute a crisis hard fork to substain the chain.

Going by these developments within the Bitcoin Cash community, Will BCH survive a double split? With two hard fork aiming at BCH what will be the position of BCH among other giant crypto currencies going forward after the double fork. I don't have the technical expertise to address these questions, hence I leave these to those who has the technical know how to profer answers to. 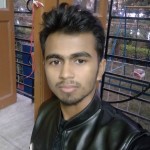 Sponsors of Fexonice1
empty
empty
Become a sponsor
Get sponsored

Written by
Fexonice1
Fexonice1
281
Passionate and caring
4 months ago
In community: Bitcoin Cash Africa(27ab)
Enjoyed this article?  Earn Bitcoin Cash by sharing it! Explain
...and you will also help the author collect more tips.