read.cash is a platform where you could earn money (total earned by users so far: $ 195,793.78). You could get tips for writing articles and comments, which are paid in Bitcoin Cash (BCH) cryptocurrency, which can be spent on the Internet or converted to your local money.

A General Review of Cancer

Written by
Dr.Mfon
Dr.Mfon
7
Am a writer, a medical student and also here to learn from everyone.
4 days ago

Cancer is one of the major health problems seen today in both developed and developing countries although with variable severity. The term "Cancer" is not linked to a single disease but to a group of diseases with a common causative agent being the uncontrollable proliferation of cells.

Our body is made up of millions of cells, which are formed from the growth and division of other cells. Remember a cell is defined as the basic structural, functional and biological unit of life. This implies that all living organisms are made up of cells.
Cancer is a life threatening disease affecting people of all age, with lung cancer being the most common cause of cancer related death, accounting for about 1.3 million deaths annually.

Cancer refers to abnormal growth of cells resulting in the formation of tumors in various parts of the body. It explains a group of diseases whose causative agent is at the cellular level.
Most times it is referred to as the disease of the cells.
The science of the study and treatments of cancer is referred to as "Oncology". While those who specialize in oncology are called oncologists.

Tumors are clusters of pathological cells, which invade neighbouring cells, destroying healthy tissues and organs. This phenomenon as earlier stated is known as metastasis. However, not all tumors are life threatening.
Tumors are classified into two namely:

The Greek Physician Hippocrates (460-370 BC) , the father of medicine, was the first man to use the term "Cancer". He used the terms "Carcinos" and "Carcinoma" to explain various tumors, which he grouped into ulcer-forming and non-ulcer forming tumors.
In Greek, the terms referred to crab. The name was given owing to the finger-like spreading projection of pathological cells which resembled a crab.
The Greek name was translated by a Roman Physician, Celsus (28-50 BC) to Cancer.

They are more than 200 different types of cancer, with different origin, symptoms and treatments. However, I will list them into different general categories ;

♠️ Carcinoma
Cancer that originates in the skin or in tissues that lines internal organs like the skin, lungs, breast, pancreas, glands and other organs. Example of such cancer include:
♠️ Colon cancer
♠️ Ovarian cancer
♠️ Pancreatic Cancer
♠️ Adenomas
♠️ Papilomas.


♠️ Leukemia
Cancer that originates in blood forming tissues such as the bone marrow. It leads to the production of abnormal blood cells which are released into the blood. They do not form tumors.
Examples include:
♠️ Lymphoblastic leukemia
♠️ Myelogenous leukemia
♠️ T-cell leukemia
♠️ Hairy-cell leukemia

N/B : The most common type of cancer is breast cancer.

Factors that causes cancer are known as carcinogens.
They are divided into two categories : exogenous and endogenous factors.
• Exogenous factors: They are those factors that depend on the habits and will of the individual. they include ;
♠️ Lifestyle Habits : Careless lifestyle could result to cancer. Example of such lifestyle include smoking, excessive intake of alcohol and drinking of contaminated water.
♠️ Environmental Pollution: Environmental related carcinogens include; Arsenic, Chromium, Asbestos, estrol, coal tar, radioactive substances etc. Such substances entering the human body causes cancer.
♠️ Natural and Biological Factors.
♠️ Exposure to ionizing radiation like x-ray.

• Endogenous Factors: They are factors that does not depends on an individual's way of life. They include;
♠️ Genetic Factors : Mutation in genes can alter the normal function of a cell leading to cancer.
♠️ Immune Factors : An individual with a weak immune system due to certain conditions, such as sickness, heredity etc is more susceptible to cancer.
♠️ Endocrine Factors : Abnormal functioning of the endocrine system could result to cancer.
♠️ Aging : The chances of having cancer increases with an increase in age due to the weakening of the body's immune system.

Symptoms of cancer varies depending on the organ, location and stage of development. They have no visible signs during the early stage. At the late stage, specific signs are noticed.
However the general symptoms of cancer include:
♠️ Hoarseness
♠️ Irregular apnea
♠️ Persistent cough
♠️ Bleeding and redness of the skin
♠️ Irregularity in weight
♠️ Lumps that can be felt under the skin
♠️ Tiredness
♠️ Persistent night sweat
♠️ Pains in joints and muscles.
♠️ Change in bowel habits.
♠️ Insomnia
♠️ Nausea
♠️ Hair loss

Of cause yes! The following preventive measures will be of help;
♠️ Eat healthy food, limit your intake of processed food.
♠️ Avoid smoking and the usage of tobacco.
♠️ Avoid alcohol if possible.
♠️ Get vaccinated against viral infections that will weaken the immune system.
♠️ Go for medical checkup regularly.
♠️ Regular exercise.
♠️ Avoid regular exposure to sunlight.


1.9 What are the techniques used in treating cancer.

Before treatment is carried out, location of the cancer, stage of the cancer and strength of the patient should be known. Most of the list of test that should be conducted include ;
♠️ Mammography
♠️ Colonoscopy
♠️ Testicular examination
♠️ Blood test
♠️ Urine test
♠️ Prostate examination and others.

♠️ Chemotheraphy : It is the type of cancer treatment that uses powerful drugs to destroy cancer cells. The drugs used are said to be cyto-toxic. Which means they kill all rapidly growing cells .
This treatment is not efficient as it affects healthy fast growing cells like the bone marrow cells. Also known as chemo.

♠️ Radiation Therapy : It involves the use of high energy radiation beams to project on cancer infected regions. This helps kill the cancer cells.

♠️ Photodynamic Therapy: This technique involves the use of photosensitizing drugs ( only works after being activated with light) and laser light in the treatment of cancer.

♠️ Stem Cell transplant : this method is used mostly with patients of leukemia and lymphomas.

♠️ Biological therapy: Involves the use of gene therapy and vaccines to treat cancer.

♠️ Hormonal Therapy: Certain cancers like the breast and prostate cancer are responsive to oestrogen and testosterone respectively. Drugs that increases the level of this hormones are recommended.

♠️ Surgery: This method involves the removal of the tumor with the surrounding areas to avoid the metastasis.

2.0 Message for my readers

Regardless of the stage of cancer you have, always remember that I love you so much. Stay calm, you will be fine. 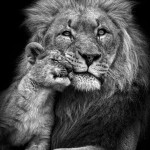 Sponsors of Dr.Mfon
empty
empty
Become a sponsor
Get sponsored

Written by
Dr.Mfon
Dr.Mfon
7
Am a writer, a medical student and also here to learn from everyone.
4 days ago
Enjoyed this article?  Earn Bitcoin Cash by sharing it! Explain
...and you will also help the author collect more tips.