A DOSE OF CRYPTO SERUM

Description: I talk about certain Cryptocurrency's in the market as a Crypto Enthusiast and investor. I want to help others get both sides of the pros and cons of each token so that others can better understand the idea of both sides before investing. I am in no way telling you to invest as I am giving my thoughts and advice on the current speculation in todays market going into 2020.

To me honestly the BAT Token has tremendous value as well as stands out in the Crypto world. Maybe because it utilizes and actually tries to solve a problem, a big problem for most users.

The question still rises, will the general public be accustomed to change and adapt?  Maybe it's because it has enormous benefits or possibly forcing the public pick sides as BRAVE wants to become the ultimate internet platform and beat Google Chrome. Which sounds like to me the team has high aspirations and high goals that they themselves want to achieve.

But what I want to focus on is about the general public and change, will the other side truly understand what this project could do for not just the user but others around the world? Will the world like the change or even care because just like any other company people tend to lean towards what they are used to, which is a big brand name. Hopefully Brave and BAT can work together on a marketing strategy that will make the public jump, maybe the cryptocurrency stock market will also have a big impact on the general public as well.

This is what I meant by the cons when it comes to competition, because you have big rivalries and companies that still want to be at the top. I would have to heavily see Basic Attention Token up its marketing strategy since this is all about converting new users. I believe if they can keep the social media marketing plan bullet proof to reach a huge audience they will most likely blow away the competition.

So to me, it's not a bad coin to invest in to get a nice ROI but like I said before I'd keep an eye on this! Now I'm not a financial advisor as i'm simply shedding my thesis on the value of this coin.

But get this, from the creator of JavaScript and the Co-Founder of a Mozilla and Firefox, with a solid team funded by Founders Fund, Foundation Capital, Propel Ventures Partners, Pantera Capital, DCG, Danhua Capital, and Huiyin Blockchain Venture among others.

This project is supply the world with a platform that pays users, and content makers for simply watching ads along with sharing (tipping) sites. Basic Attention Token radically improves the efficiency of digital advertising by creating a new token that can be exchanged between publishers, advertisers, and users. It all happens on the Ethereum Blockchain.

Now there's more that goes into BAT coin but my thesis would be to play this coin long. From an investment point of view, this coin will be one of many that will give you a pretty nice ROI once it gets utilized by more people.(Which it is everyday)

If your don't believe me go check out the long term charts as well as visiting Batgrowth.com to view how many new users they have acquired ever since it came into existence, you'll notice the constant incline. (Bullish)

Notice the team and the white paper, this is more than legitimate. Again, only trying to spread my light as a Crypto Enthusiast and investor. Making the quality of this coin known even more by new or existing users!

But I'll leave you to be the judge of it!

Now after the beautiful speech about BAT lets talk about about the cons shall we?

One of the biggest setbacks is that the BAT coin is heavily reliant on the success of the Brave browser platform.

All in all something to think about, what if society doesn't adopt to the BRAVE platform, then wouldn't that mean the token is nearly or completely useless! The only red flag to me here is that most people are somewhat unaware or simply don't care about how bad ads and trackers can be for their overall experience which will have to be heavily marketed the right way to the day to day outside world.

BAT Advertisers may face numerous roadblocks when it comes to persuading new users to actually being returning everyday customers, as some say the mobile application will need to improve greatly!

Taking a look at the bigger problem is that Brave still have to overcome enormous competition from other major corporations that are backed and supported.

Not only that but companies like Google Chrome, Firefox, and Safari that spend a whole lot of money depending greatly on advertising to the general public and market. 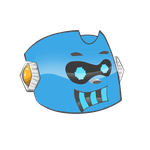 Written by
CryptoSerum
CryptoSerum
1
Crypto Enthusiast and Investor. Discussing market data about ALT coins as well an analytic... [more]
7 months ago
Enjoyed this article?  Earn Bitcoin Cash by sharing it! Explain
...and you will also help the author collect more tips.