Welcome to the CoinSpice.io Vault.

We look back at posts that impacted the cryptocurrency world you might have missed or want to remember.

This installment is from our then breaking coverage of a grave tragedy almost a year ago exactly.

Many Bitcoiners dream of ditching it all, moving to foreign lands, and attempting to live something like an off-the-grid lifestyle.

Lily and John embodied all of those.

CoinSpice's coverage of their plight was picked up by Zero Hedge and even mainstream outlets such as The Washington Post.

TL;DR: Facebook and other social media platforms buzzed with graphic video and screenshots, accusations, and cries for help. Activists and cryptocurrency proponents John Galton and Lily Davine, along with Jason Henza, expats living in Acapulco, Mexico were apparent victims of targeted violence. Details are contradictory and murky at the moment, but this has not stopped legacy mainstream media from attempting to characterize the personal tragedy as somehow endemic to Mexico, anarchism, marijuana use, and crypto.

Read the rest in its entirety, here.

Thanks for supporting independent media dedicated to covering the peer-t0-peer electronic cash community. 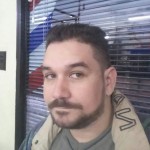 Written by CoinSpice
6
CoinSpice.io is your home for just spicy crypto things on the net.
2 months ago
Topics: Cryptocurrency, anarchism, murder, Mexico, Marijuana, CoinSpice
Enjoyed this article?  Earn Bitcoin Cash by sharing it! Explain
...and you will also help the author collect more tips.

Twitter CEO Asks What Should be Done with @Bitcoin Account in Private Message
About us Rules What is Bitcoin Cash? Roadmap Affiliate program Get sponsored Self-host
hello@read.cash (PGP key) Reddit