read.cash is a platform where you could earn money (total earned by users so far: $ 167,818.49). You could get tips for writing articles and comments, which are paid in Bitcoin Cash (BCH) cryptocurrency, which can be spent on the Internet or converted to your local money.

Written by
AliSiddiqui
AliSiddiqui
35
A small investor and (24/7) freelancer. In short, I love to work online
1 month ago
In community: Life of a Muslim(c3e9)

Yes, the same Usman (RA) whom we call Zal Noorin

The same Usman (RA) whom we call son-in-law Mustafa

The same Usman (RA) whom we call the third caliph

Well, such facts we mostly hear from students and Islamic scholars.

Because the glory of Hazrat Usman (RA) would have been mentioned.

The biography of Hazrat Usman (RA) is narrated.

The shyness of Hazrat Usman (RA) is mentioned before and after Islam but unfortunately, his oppression is not mentioned and the story of his painful martyrdom is not brought before the people.

Let the screams of history go out if the oppression of Usman (RA) is mentioned. There is no scholar or preacher but all I know is that Usman (RA) was oppressed.

The water which was kept closed for 40 days, today Usman (RA) is longing for water, who used to buy water wells for the Ummah.

Hazrat Usman (RA) was in captivity.

When Hazrat Ali (RA) found out about it, he became a bartender of Ali (RA) and came to fetch water.

It has been 40 days since 'Usman (RA) was locked up in a house where' Usman (RA) used to buy space for the Prophet's Mosque.

Today, Usman (RA) cannot meet anyone whom the Companions used to come in droves to sit in.

After 40 days, 'Usman (RA), who used to offer camels full of grain in the service of the Prophet, did not get any food.

Today the beard of 'Usman (RA) is being pulled, which even the angels of the heavens wont to be ashamed of.

Today, Usman (RA), who was once the protector of the Holy Prophet in the battle of Uhud, is being persecuted.

Today, the hand of 'Usman (RA) was cut off, with which he swore allegiance.

O 'Usman (RA), I am not a critic, I am not a scholar to narrate your testimony, and my heart is broken and my eyes are wet.

Today, blood was shed on the body of 'Usman (RA), who had never bathed without clothes, even though he was ill.

Islam is not a tree that feeds on water,
The blood of the Companions, which brought spring in it. 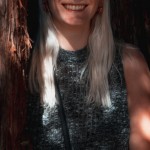 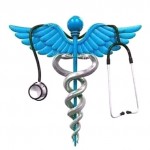 Written by
AliSiddiqui
AliSiddiqui
35
A small investor and (24/7) freelancer. In short, I love to work online
1 month ago
In community: Life of a Muslim(c3e9)
Enjoyed this article?  Earn Bitcoin Cash by sharing it! Explain
...and you will also help the author collect more tips.

A Pray For All Members
Who Established The first "Jummah" (Friday)?
The predictions and plans of "Simpson cartoon series" (Part-01)