Commit to the Bitcoin Cash StackExchange

Written by rosco
18
No bio yet...
1 month ago
In communities: Bitcoin Cash by sploit (8cc0)

Around two weeks ago @nyusternie wrote a post on this very platform, calling people to sign up for his proposal on Area 51, the incubator for new StackExchange websites. For too long people had been googling their BCH questions only to wind up on bitcoin.stackexchange.com or without answer at all. So it was time for a change.

For a while, the BTC site contained the well sought-after answers, but as BCH and BTC drifted further apart the need has grown for a dedicated space for BCH questions. Questions about SLP, Bitauth and be.cash. About CashScript and Spedn. About Schnorr signatures, OP_CHECKDATASIG, CTOR and CashFusion. Who knows, right now people could be asking questions about the IFP.

After the initial proposal, I was quick to come out in support of this dedicated site, as were many other developers in the Bitcoin Cash community. This propelled the proposal into the second phase of the Area 51 incubation protocol in little over a week and put it at the number one spot of featured proposals! Talking about a strong community.

The first stage only got us so far. Yes, we showed that there's a big community backing this proposal, but to get a public beta site we need people that are willing to "commit" to this proposal. Now, if you've participated in the first stage, this "committing" is very similar to the "following" in the previous stage - it's just a click of a button. But there are some important requirements this time around. The site can only advance to the public beta if the following conditions are met:

The third condition is quite vague (and has a fancy algorithm behind it), so we should mainly focus on the first two. We're currently almost at 100/200 committers in total, but there are only 25/100 committers with 200+ reputation.

If we give the proposal some time, I'm sure we can get 200 enthusiastic BCH community members to commit to the proposal, but the trick is finding 100 people that have at least 200 reputation on a StackExchange website. This challenge was quickly identified, so @nyusternie asked the community for feedback on how to get enough of these high-reputation committers.

And one of the answers stood out to me: "instead of trying to attract established users, try to develop them". And what this boils down to: committers that don't have 200 reputation yet can go get it. And we should help each other get there!

So first of all, if you haven't yet: commit to the proposal! Done? Great! Now let's get you and the other committers to 200 reputation. If you already have 200+ reputation, perfect, then you can skip ahead to helping others get there.

You might be new to StackExchange. You might even have created a new account just for this proposal! And if that's the case, you're probably thinking that most of this is quite technical and you have to be a developer to really use the StackExchange sites. But you'll be surprised to see the broad variety of topics.

But even if you found your niche, many questions have already been asked and probably have multiple great answers already. But that doesn't mean that there's no reputation to be gained. Try keeping a tab on the "new questions" queue to see if there's something in there that you can answer and try to provide actual value.

But if that doesn't work out, there is still a 100% certain way to get to 200 reputation on any site. Although it can be a bit more tedious, you can get +2 reputation for every edit you make to existing questions or answers. And there is absolutely no edit too small. You can edit formatting, spelling, punctuation, grammar, or other minor improvements. All of these can yield +2 reputation, as long as they are genuine, valuable edits! You'll be at 200 reputation in no time.

Most StackExchange sites are full of questions and answers, and a large part of traffic to questions is through organic sources. Unfortunately, this also means that many questions and answers only get very little attention. Because of that, people can write great answers to decent questions, but still get stuck at one or two upvotes, just because they don't receive the traffic.

So something we can all do is take a look at the questions and answers of our fellow committers. We can drive our own traffic to these questions and answers and if they're good, we can upvote them. If the answer is lacking, we can leave a comment telling them how they can approve or even suggest an edit. And remember, every upvote grants them +10 reputation, while every edit grants you +2.

I'm obviously not suggesting to just go around and upvote everything, as that would mess with the existing communities and is very likely against the StackExchange terms and conditions. So while we shouldn't blindly upvote our peers, what we can do is look at their posts and honestly evaluate them.

Even if all current committers get to 200 reputation, we still need a total of 200 committers, so the proposal needs to grow. So we need to reach out. We need to get in touch with more people in the Bitcoin Cash space and beyond.

So this is a call to action: post on blogging platforms or reddit, tweet, create YouTube videos, talk on interviews and slide into any and all DMs with a link to this StackExchange proposal. And of course, if they need to get the required reputation, send them this post!

If we follow these steps we can reach the public beta in no time. And by then, many new community members will have reached 200 reputation, giving them a good grasp of the StackExchange workflow. So the members will be well-equipped to actually ask valuable questions and provide valuable answers during the beta. 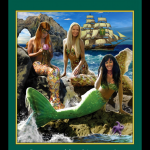 Written by rosco
18
No bio yet...
1 month ago
In communities: Bitcoin Cash by sploit (8cc0)
Enjoyed this article?  Earn Bitcoin Cash by sharing it! Explain
...and you will also help the author collect more tips.
About us Rules What is Bitcoin Cash? Roadmap Affiliate program Get sponsored Self-host
hello@read.cash (PGP key) Reddit