read.cash is a platform where you could earn money (total earned by users so far: $ 195,644.91). You could get tips for writing articles and comments, which are paid in Bitcoin Cash (BCH) cryptocurrency, which can be spent on the Internet or converted to your local money.

BCH is halved, 32% of the circulating supply has never been used passively

Written by
hasson
hasson
51
BCH
9 months ago
In community: Crypto and Tech(c20c)

BCH will complete the reward halving within 24 hours. The data shows that about one-third of the circulating supply of BCH has not yet been used.

It will implement a reward halving measure in about 12 hours. The mining block reward will be reduced from 12.5 BCH to 6.25.
In 2017, the bitcoin community disputes were difficult to reconcile, and eventually the public chain was divided into two, one is the original bitcoin, and the other is the forked coin BCH. Therefore, the maximum supply of BCH and mining rewards are the same as Bitcoin.
After the reward halving event, every time a miner digs a block, the network will pay 6.25 BCH instead of 12.5. The BCH halving occurred about a month earlier than the Bitcoin reward halving event.
About two days later, BSV will also halve the completion reward, and the block reward will be reduced from 12.5 BSV to 6.25 BSV. More than a year after the Bitcoin fork, another community disagreement led to the BCH fork into BCH and BSV, and celebrities Roger Ver and Craig Wright parted ways at the time.
At present, the price of BCH has increased from 213 USD on April 1 to 257 USD, and BSV has increased from 160 USD to 188 USD. At the same time, Bitcoin rose from $ 6180 to $ 7290.
According to data from CoinMetrics, about one-third of the circulating supply of BCH has not been used to date. This means that since the Bitcoin blockchain fork on August 1, 2017, there are still 6 million BCHs that have not been used, traded or transferred.
This means that 32.6% of the nearly 18.4 million BCH in circulation are either lost or held for a long time.
CoinMetrics also estimates that as many as 2.3 million bitcoins have not moved in the past five years, with nearly 18.4 million bitcoins in circulation accounting for 12.5%.
Crypto currency analyst Tone Vays said that the halving of BSV will not have any impact on Bitcoin for the time being, but it is predicted that the halving of BCH can increase the computing power of Bitcoin by one to two percentage points. The Coimmetrics report pointed out that because these three types of assets all use the SHA-256 algorithm, miners are likely to shift their computing power to mining crypto assets with a higher return on investment.
The halving of BCH and BSV block rewards will force miners to allocate more computing power to Bitcoin. Because in the next nearly one month, the Bitcoin block reward is 12.5, while the BCH and BSV block rewards have been reduced to 6.25. Therefore, it is expected that the mining difficulty of Bitcoin will increase, which will further squeeze the profitability of all miners.
On the other hand, market research agency Candor also pointed out that Bitcoin.com fired 50% of its employees before the BCH halving began. In this regard, Roger Ver, former CEO of Bitcoin.com and founder of BCH Investment Fund, said that he is indeed laying off staff, but Bitcoin.com only fired about 10% of its employees due to the economic crisis, not the 50% posted online. 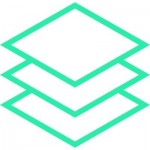 Written by
hasson
hasson
51
BCH
9 months ago
In community: Crypto and Tech(c20c)
Enjoyed this article?  Earn Bitcoin Cash by sharing it! Explain
...and you will also help the author collect more tips.