Looking for a free market champion

143
m
Bitcoin has forked to preserve its quality as "peer-to-peer electronic cash". Forking is a... [more]
7 months ago
In communities: Bitcoin Cash by sploit(8cc0) , Bitcoin Cash(e11c)

I hope Bitcoin Cash can avoid a split about this funding proposal, but I haven't seen the encouraging sign I need to see, which is proposers taking the main point of dispute - the block orphaning aspect - out of it.

Before Bitcoin Cash was created in 2017, there was a lot of preceding discussion. Most people who had good data, knew that it would face a struggle, splitting off from Bitcoin BTC as a hard fork with minority hashrate.

However, people took up the challenge - to preserve Bitcoin as peer to peer electronic cash, according to the original plan laid out by Satoshi in the whitepaper.

But now it faces an existential threat to its fundamental economic incentives.

That which we have scorned in BTC, a captured development process - is proposed to be introduced in even worse form in BCH, namely in the form of protocol rules that enforce some kind of whitelist-based diversion of funds from miner coinbases, supposedly to some select development teams. (UPDATE 15 Feb 2020: confirmed by ABC announcing intention to implement with whitelist & BIP9-like activation) That all sounds vague, and it is because no-one has seen any clear specification or even code for it, but in this case it is enough to form an opinion on the high-level concept, which others have criticized at length for its potential (some would say "near certainty") to corrupt the current free market conditions and enshrine a cartel of mining pools and likely their chosen development team as financial gatekeepers of BCH's development decisions.

I could write an essay about why I think it's a bad proposal, but my efforts would not be better than the article that Peter Rizun has written about it - so I recommend you read that later if you haven't.

We can boil this down to two possible futures, after the tabling of this proposal:

Ahead of the BCH fork in August 2017, Haipo Yang introduced a futures market for the upcoming fork (then denoted by the ticker 'BCC' for 'Bitcoin Cash').

Haipo's futures showed that there was demand for Bitcoin Cash and helped to set the opening price for the coin.

However, on the flipside of history - if it had shown that there was no demand for such a split, then the likely outcome would have been that significant backing for it - from miners, developers and other businesses - would have evaporated as people would have viewed the new coin's chances as too dismal.

Without the futures market, Bitcoin Cash might have never got off the ground at all.

Fortunately, that is not what happened then. Bitcoin Cash was created successfully.

But today we are in a different situation. Hardly anyone wants to see a split of Bitcoin Cash over a question of funding, nominally a value of ~ $6M.

People are working hard to come up with better alternatives than the proposal, mostly based around voluntary contributions, which some proponents of the coinbase tax (I'll just call it that, this is my post :) deride as ineffective.

Another futures market in 2020?

I want to suggest that we need a futures market again.

We need someone be rise up and be a champion for the free market, again, like Haipo Yang did in 2017.

The futures market would demonstrate whether there is sufficient support for the coinbase tax plan, or not. In the case of a split opinion in the community, it is nevertheless up to the backers of the plan to decide whether to follow through and split the coin (since their changes would be the splitting changes).

If they decide to call off any split and just proceed with uncontroversial changes, then the futures market will just have been a market instrument in coming to a decision, with no-one needing to lose any of their money (except for opportunity cost of using BCH that they lock up until the fork/no-fork outcome).

Basically, it would work as follows:

EDIT: had to correct point 5 because it was badly worded. Trades would not be "rolled back", the market would just be closed with each user getting back whatever BCH = BCHA + BCHB they have at that point.

I have not spoken about a deadline condition for such a future decision, I think that could be left up to the market (exchange) to decide, but it seems reasonable to use the updated proposal of the next upgrade (November 2020) as a possible end date. So a contract could be written in terms of that, or May 2020 if an exchange wanted to test a short term resolution.

It's unclear to me whether this could be done in some decentralized way, but if not, then someone taking the lead on a centralized exchanges (like ViaBTC in 2017) could suffice, or even inspire other exchanges to create similar futures markets.

My opinion: this is more effective than some kind of coin holder signature voting, which doesn't seem to attract much broad interest, probably because there isn't much to gain.

In the case of a futures market, holders stand to gain a lot more.

They can effectively demonstrate that they do not wish to have a split, by providing weight to the "No change" option.

Let me know what you think. 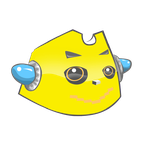 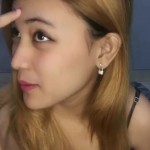 143
m
Bitcoin has forked to preserve its quality as "peer-to-peer electronic cash". Forking is a... [more]
7 months ago
In communities: Bitcoin Cash by sploit(8cc0) , Bitcoin Cash(e11c)
Enjoyed this article?  Earn Bitcoin Cash by sharing it! Explain
...and you will also help the author collect more tips.