Written by arslankhalid   28
Be happy
2 weeks ago
Topics: Bitcoin Cash
In communities: Crypto and Tech (c20c)

The upgrade of BCH on May 15 this year was the lowest community and media attention in history. Whether it is media reports or community discussions, it seems that everyone is not paying attention. This is also the upgrade with the least changes in BCH history, and there are no new technologies that are more news-intensive. Three main functions have been added. The signature check method "sigcheck" is changed when the script is executed; the opcode ": OP_REVERSEBYTES" is added to reverse the bytes in the string; the transaction limit in the memory pool is changed from 25 to 50.

In the previous upgrade, the BCH block size was increased to 32MB, the Satoshi opcode was re-enabled, OP_Checkdatasig was implemented, CanonicalTransactionOrdering (CTOR), and Schnorr signature support were added. These upgrades are milestones for BCH. As for why BCH's basic protocol development has slowed down, it is mainly because the development team lacks money and lacks technical developers. It can be seen from the fund-raising plan announced by Bitcoin ABC and other development teams that BCH's basic protocol development is a huge project.

Cointext, one of the most important projects on BCH, was rejected because of the low adoption rate of BCH. Cointext is a company, an application, or a third-party transfer system. Users can use Cointext to trade BCH in the form of SMS on their mobile phones without the need for Internet access and low handling fees. Bitcoin Jesus, the most important supporter of BCH overseas, fired 50% of the company's employees a few days before the halving, and bitcoin.com is no longer an open source wallet. However, Bitcoin Jesus appointed Dennis Jarvis as the new Chief Executive Officer (CEO) of bitcoin.com, everything returned to normal. Cointext is still welcomed by the community, and it continues to make efforts in payment and international remittances. BCH payment in Australia even occupies most of the cryptocurrency payment market.

According to BitinfoCharts data, the number of Bitcoin Cash (BCH) transactions has remained at around 50,000 in a year. It can be seen from the graph that the growth rate in the past year is very slow and basically remains stable. Bitcoin is 300,000 transactions, only one sixth of Bitcoin.

According to r / btc's "Monthly Merchant Report", the merchant adoption rate increased by only about 50% last year, of which 88% + came from online merchants and about 5-10% came from physical stores. It seems to be growing faster, but it is still a bit slow for BCH, which is committed to becoming a global payment currency. If it has increased 10 times compared with two years ago, BCH is also popular with merchants in the payment field and is the mainstream of cryptocurrency payments.

Bitcoin ABC supports the controversial BCH Infrastructure Finance Plan (IFP), but the plan has not been widely agreed. In order to oppose the plan, some developers created a full-node client BCHN. The only difference between this client and the Bitcoin ABC full-node client is the removal of IFP in the code. IFP was controversial in the community at that time, and the technical differences among developers even increased to language violence, which caused an extremely bad impact on the BCH community, and was once misunderstood as BCH to be split. However, in the end, both parties chose to compromise, both refused to split, respected the longest chain principle, and IFP did not implement it.

Recently, the BCH community proposed the creation of a foundation. The foundation is responsible for raising BCH's development funds and coordinating relationships within the community. Others have proposed proposals to encourage developers in the form of Nobel Prizes. These are good suggestions, I hope the community can unite and work together, less debate, more thinking! 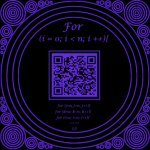 Written by arslankhalid   28
Be happy
2 weeks ago
Topics: Bitcoin Cash
In communities: Crypto and Tech (c20c)
Enjoyed this article?  Earn Bitcoin Cash by sharing it! Explain
...and you will also help the author collect more tips.

How to hoard coins better?
Will Bitcoin crash?
Why is Bitcoin still a store of value?