Recently someone made a post in r/btc asking about a problem he was having: he had $8.50 of BTC in his wallet and he wanted to make an online purchase for a good costing $7, however his wallet was telling him that he had insufficient funds to make the transaction.

According to Billfodl the fees during the time of his posting were around $5.75 which would have only allowed him to send a max of $2.75 if he wanted to have the transaction confirmed in the next 3 blocks.

This situation is the concrete evidence of the things the BCH community has been talking about for a long time. I was transacting BTC with a fee of anywhere from $0.05-0.25 for the previous few months, however now that there is much more activity on the network, things are rapidly changing. They will only progressively get worse as time goes on and as more people attempt to use and adopt BTC. Even with the recent addition of the liquid network Sidechain, people will be unable to peg-in their BTC if the wallet does not have a sufficient amount to cover the transaction fee.

There is an additional choice that the wallet user can make in this situation and that is to manually adjust their fees, however in the hypothetical situation of this lad and his $8.5 in BTC, assuming the median fee is $50, his transaction would be stuck in the mempool for 2 weeks and then dropped out of it.

Assuming BTC adoption continues and the demand for transactions increases, there will be a day when a wallet containing $100 or less will be unable to make a transaction therefore locking the $100 forever or until BTC has negative adoption and the demand to transact decreases, defeating the entire goal of BTC. Even if the only on chain transactions are made by institutions and liquid network Federation members, the fees will still be too high unless they themselves also participate in the negative adoption. So if the liquid network ends up working out in the long term, these sub $100 wallets will be locked forever.

I choose the $100 dollar amount arbitrarily, it could very well be any amount, but $100 dollars in this situation is practical for not being able to pay for the fee in the next few years, maybe even sooner.

If this situation occurs and people want to hold under $100 in their BTC wallet, they will be forced to keep their BTC on the exchange in which it was purchased, thereby forcing the BTC lower class to only use exchanges and BTC banks, where they are forced to surrender their financial independence and sovereignty.

Even if they can physically pay the fee, such as having $200 in a wallet during a period of a $100 median fee, it still is unreasonable and they will be financially incentivized to keep their BTC on an exchange, placing their financial security on the shoulders of the exchange.

This is why small blocks are a huge blow to decentralization and can lock some wallets indefinitely. 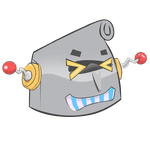 Can we deal with storing chain data in a post 1,700 transactions per second world?
The Lightning Network cannot scale
The IFP, the Principle of Consent, and Trust